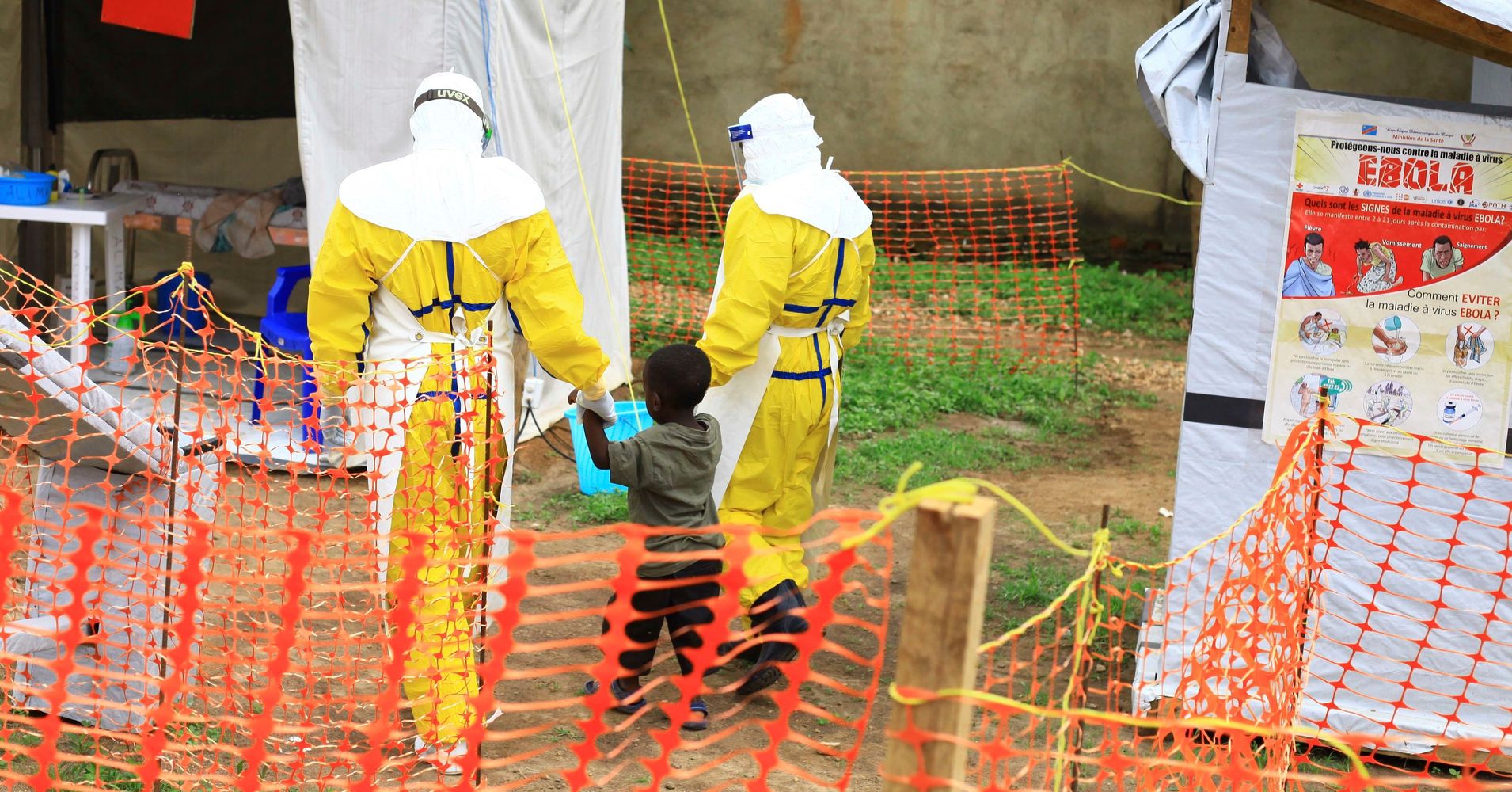 WASHINGTON – Global public health experts are increasingly worried about the Ebola outbreak in the northeastern region of the Democratic Republic of Congo, which has killed 219 people so far. Now the biggest outbreak the DRC has seen – with 341 possible and confirmed cases – and the third largest Ebola outbreak in history. And it continues to grow.

While the risk of its spread globally remains low, the threat to the country and its neighbors is very high. Continuous incidents of rebel violence in war-torn areas, community protests generated and community resistance to medical interventions have hampered the ability of the World Health Organization, the Ministry of Health of the DRC and various non-governmental organizations to respond.

In response to the August 24 incident, the US pulled the response team members back from the epicenter in North Kivu to the DRC capital, Kinshasa, hundreds of miles away. American response efforts are now concentrated in Kinshasa and neighboring countries, and US officials said in a Wednesday briefing that the current situation was too dangerous for them to return to North Kivu.

Attempts to detain in this outbreak have also become more difficult because the majority of the latest cases do not appear among known contacts from other Ebola patients, Dr. Peter Salama, WHO head of emergency response.

In fact, over the past 30 days, two-thirds of reported infectious diseases came from unknown contacts, according to Pierre Rollin, the top Ebola expert at the US Centers for Disease Control and Prevention. That means 85 cases out of 129.

Last week, Dr. Robert Redfield, director of the CDC, warns of the possibility of an "endemic" version of Ebola – where the virus is not extinguished but continues to spread indefinitely among the North Kivu population. Public health officials argue that everything must be done to prevent the horrors of persistent Ebola transmission – a situation that has never been seen before.

This [Ebola outbreak] will exit control quickly. … we are on the edge of the crisis.
J. Stephen Morrison, director of the CSIS Global Health Policy Center

But in the best scenario, Salama said the outbreak could be stopped within six months at the earliest. That is a very different assessment than the one made by the CDC.

"Where we really agree, this is arguably the most difficult context we have ever faced to stop the Ebola outbreak," Salama told HuffPost. Global health leaders must reevaluate many of the usual control tactics to combat dengue fever, he said, because they are now dealing with a large refugee population in the war zone – a situation that Salama repeatedly described as "a perfect storm."

Ron Klain, the tsar of Ebola under President Barack Obama, disagrees with the final characterization of "perfect storm." While Ebola had never fought in a war zone before, he argued that this was "new normal", not a one-off situation, in an era of increasing highest risk outbreaks.

"We will increasingly see this disease outbreak in areas with problems with the history of conflict, with refugees nearby, with a difficult political situation because that is what increasingly the world itself," Klain said.

"We cannot treat this as a kind of perfect storm from the terrible facts we have to face this time and not again," he said.

Salama acknowledges that 80 percent of serious outbreaks occur in fragile state settings. And he's more optimistic about controlling the Ebola outbreak coming with this warning: "as long as security holds."

There have been at least 20 major security incidents of various types since the outbreak, including this past week, Salama said at a Wednesday morning briefing at the Washington-based Center for Strategic and International Studies (CSIS). All of these incidents have "brought us back," he said.

Jeremy Konyndyk, a senior policy partner for the Washington-based Center for Global Development who had previously led a part of the 2014 Ebola response to the Obama administration, stressed that no matter how effective the current response was, every rebel attack detered detention efforts.

"Every time we see one of these attacks, monitoring cases is very disturbed and decreases, people run away, and you see a corresponding increase in cases in the following week," Konyndyk said. "That means no matter how much progress we think is being made, it is only durable as the security situation allows."

Read more about the security situation in North Kivu here: "Experts Say A War Zone of the Ebola Outbreak Will Become a Nightmare. It Has Been Worse."

Violence has caused a wave of new cases that began at the end of September. The US government and WHO officials said there was increasing coordination with the United Nations Organization Stabilization Mission in the Democratic Republic of the Congo, peacekeeping forces had been deployed in the area for years. MONUSCO (an acronym based on its name in French) is the largest United States peacekeeping mission, but many are still worried that violence in the region will continue.

The threat of further attacks and protests ahead of what is expected to be a debate over the December 23 presidential, regional and legislative elections in RDK is worrying for global health leaders.

J. Stephen Morrison, director of the CSIS Global Health Policy Center who chaired the panel discussion at the think tank event, told the HuffPost that "we cheat ourselves" if people think the situation will improve soon.

"This [Ebola outbreak] will exit control quickly. Just look at the ADF's blow pattern and our inability to stop it, "he argued, referring to one of the two rebel groups responsible for most of the violence. "We are on the edge of the crisis."

The main fear – what Salama calls "game changers" – will be a direct attack on outside workers with WHO or NGOs who come to help. There have been several attacks on local responders, including volunteers with the Red Cross, and two members of the unarmed DRC Direct Medical Response Unit killed.

Because the North Kivu region is currently labeled as a Level 4 US security threat, a kind of direct attack on medical observers from outside will trigger a Level 5 label and result in the evacuation of those forces – which will be a disaster for efforts to contain the outbreak.

That's a scary scenario, said Rear Admiral Tim Ziemer, who currently serves as an assistant administrator for the International Development Bureau at the Bureau of Democracy, Conflict and Humanitarian Aid.

"We may have to hold a side meeting at a very high level to overcome the implications of that and what we all need to do," he said. "We cannot be blind and turn away from the current challenges, because turning their backs does not mean it will go away," he added.

State of US Leadership

While global health experts are still praising the US for its financial and logistical response to the outbreak – and crediting it with the experimental but invaluable Merck vaccine against Ebola, which has received more than 30,000 people in this outbreak – some wonder whether there is a new status quo in leadership global health.

"They lead from behind," Klain said, noting US respect for other stakeholders regarding security issues and the situation on the ground in North Kivu.

"This is not the same kind of leadership from the US in the global health crisis that we have seen before in Democratic and Republican governments," Klain added, citing Ebola Obama's response and George W. Bush's efforts to fight HIV / AIDS in Africa. "For administrations who like to talk about" America first, "their approach to Ebola is‘ America is one of many. ''

We cannot be blind and turn away from the challenges now, because turning their backs does not mean it will disappear.
Rear Admiral, Tim Ziemer, senior USAID official

The fact that the US response team is not at the center of the outbreak now is a reflection of the "Benghazi hangover," Konyndyk argues, suggesting that no one in the current government that focuses on the outbreak has enough influence to lobby Bolton, much less President Donald Trump , on this critical issue.

"There is no substitute for being there," Konyndyk said.

The lack of comprehensive global leadership in addition to WHO also concerns him. "At some point, the response becomes more complex than what WHO can manage by itself," Konyndyk said.

Indeed, during the 2014 West African outbreak, the WHO was criticized for carrying out foot attacks. US attention and resources are very important to increase global response. And still, the epidemic killed 11,300 and infected 28,600 more.

Morrison hopes that global leaders do not set aside time as they did from February to August 2014 before taking definitive action.

At The Ebola Epicenter

At the epicenter of the outbreak, the city of Beni, the spread of Ebola has been driven by transmission of disease in "modern-modern" facilities, according to Salama. Practice in 300 or more of these health care centers, which combine traditional healing with modern medicine, is not optimal. Workers reuse syringes and there is no record of who they treat.

Simultaneous outbreaks of malaria encourage many people – especially children – to health centers. The WHO theory is that there they are in contact with an infectious Ebola patient or given an injection with the same needle used in Ebola patients. Without a record, tracking of contacts among people exposed through the modern-tradi system is very difficult.

That is a critical insight into the spread of the disease, but the WHO first suggested it almost a month ago to STAT. Given all the other challenges in fighting Ebola in an unstable urban community with 200,000 people, it is not clear that this theory is enough to quell the outbreak in the near future.

Klain said that also sounded like something he had seen over the past few weeks in the WHO public statement: "the beginning of the instructions for making excuses." It was embarrassing, he said, considering that the organization had made great strides since then was very slow. response in 2014 and that to date "must be praised" because of its restraints on the severity of the DRC situation.

The point is that the Ebola outbreak continues to expand, not contract, to new areas – a total of 14 significant geographic health zones, such as the Health Ministry report Wednesday – and infect new people who are not identified.

"At present, the position of global public health authorities should be that we have an epidemic that spreads in all ways that might spread and we don't have a handle on it," Klain said. "And until you hold it, you just don't."