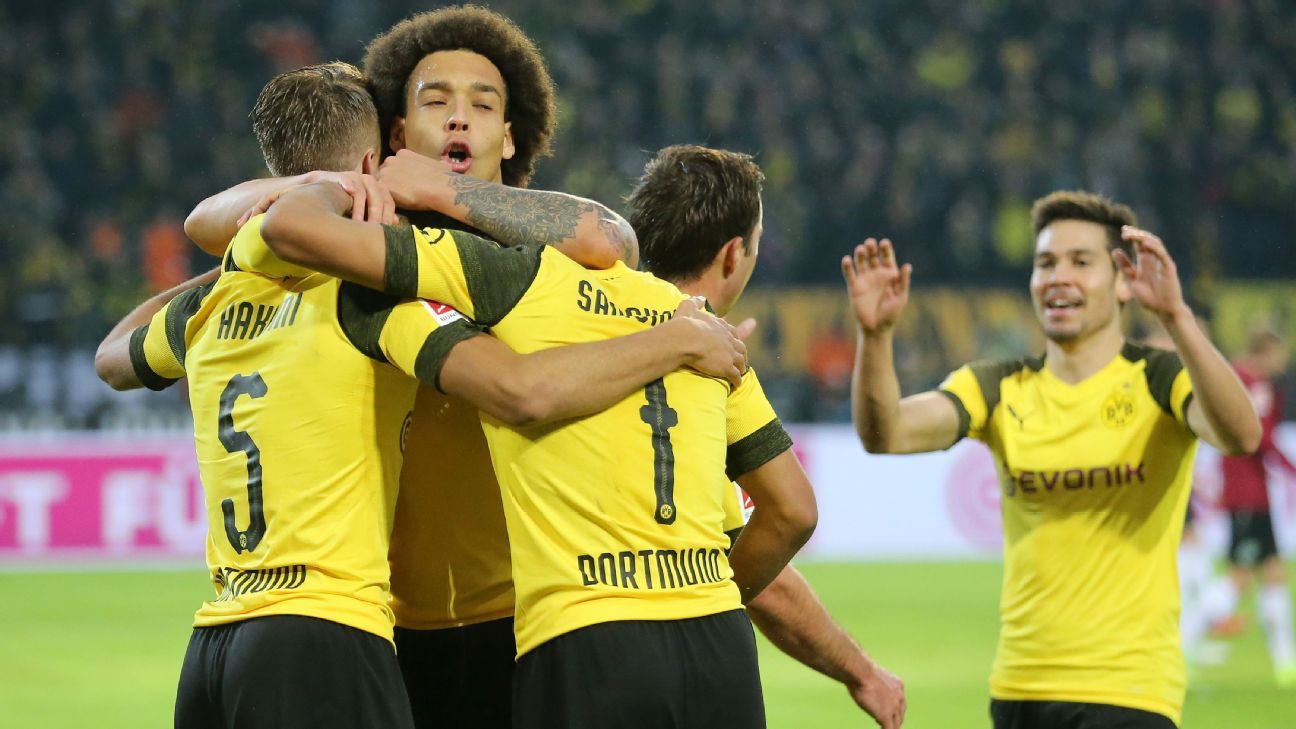 Bundesliga leaders Borussia Dortmund scored three times in seven minutes to break the expensive Hanover 96 5-1 on Saturday and move nine points to the top of the table.

Dortmund's captain, Marco Reus, hit the post, and Rafael Gerreiro also closed in the first half before Achaff Hakimi warmed up to give the hosts a lead in the 24th minute.

International Morocco created Reus for its 12th goal of the season in the 60th minute before Dortmund included the subsequent burns, marking twice more than Mario Goce two minutes later, and Gerereiro in the 67th to leave the defense of Hanover.

Marvin Bakalorz grabbed a comforting goal for the visitors in the 86th minute after a superb solo performance and diversion effort before Axel Witsel finished the Dortmund victory in the 90's.

The Ruhr Valley Club, which will take Tottenham Hotspur in the Champions League next month, is now 48 points, nine in second place Bayern Munich, which hosts the VfB Stuttgart on Sunday.