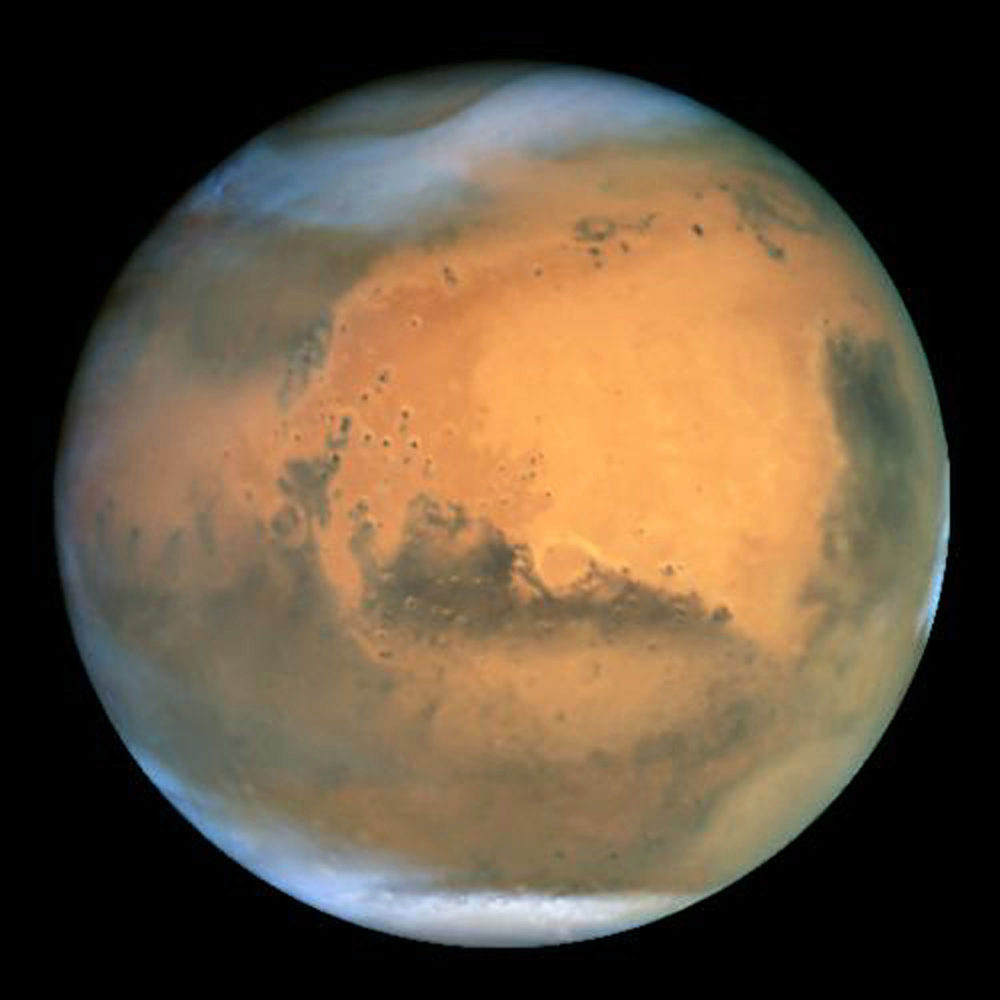 Cheers and applause erupted at NASA's Jet Propulsion Laboratory on Monday as a waist-high unmanned lander, called InSight, touched down on Mars, capping a nearly seven-year journey from design to launch to landing.

by Laurent BANGUET / with Kerry SHERIDAN in Tampa

The dramatic arrival of the $ 993 million spacecraft – designed to listen to quakes and tremors as a way to unveil the mysteries of the Red Planet's inner mysteries, how it formed a few billion years ago and, by extension, how other rocky planets like Earth took shape eighth successful landing on Mars in NASA's history.

"Touchdown confirmed," and mission control operator at NASA said, as pent-up anxiety and excitement surged through the room, and dozens of scientists jumped from their seats to embrace each other.

"It was intense and you could feel the emotion," said NASA administrator Jim Bridenstine, in an interview on NASA television afterward.

Bridenstine also said President Donald Trump and Vice President Mike Pence had watched on television and called to congratulate the US space agency for its hard work.

"Ultimately, the day is coming when we land people on Mars," Bridenstine said, adding that the goal is to do so by mid 2030s.

The vehicle appeared to be in good shape, according to the first communications received from the Martian surface.

But as expected, the dust kicked up during the landing was obscured the first picture of InSight sent back, which was heavily flecked.

The National Center of Etudes Spatials (CNES) has made the Seismic Experiment for Interior Structure (SEIS) instrument, the key element for sensing quakes.

The chief investigator on the French seismometer, Philippe Lognonne, said he was "relieved and very happy" at the outcome.

"I've just received a confirmation that there are no rocks in front of the lander," he told AFP.

Next, InSight must open its solar arrays, as NASA waits until later in the afternoon to learn if that final, crucial phase went as planned.

The spacecraft is meant to be solar-powered once it reaches the surface of Mars.

The spacecraft is NASA's first to touch on Earth's neighboring planet since the Curiosity rover arrived in 2012.

More than half of 43 attempts to reach Mars with rovers, orbiters and probes by space agencies from around the world have failed.

NASA is the only space agency that has made it, and is invested in these robotic missions as a way to prepare for the first Mars-bound human explorers in the 2030s.

The NASA's Jet Propulsion Laboratory in Pasadena, Calif., Was launched at 11:47 am (1940 GMT) at the NASA's Mars InSight mission, and ended one second before 1953 GMT.

A carefully orchestrated sequence – already fully preprogrammed on board the spacecraft – unfolded over the next few minutes, coined "six and a half minutes of terror."

Speeding faster than a bullet at 12,300 miles (19,800 kilometers) per hour, the heat-shielded spacecraft encountered scorching friction as it entered the Mars atmosphere.

The heat shield soared to a temperature of 2,700 Fahrenheit (about 1,500 Celsius) before it was discarded, the three landing legs deployed and the parachute popped out, easing InSight down to the Martian surface.

InSight contains key instruments that have been contributed by several European space agencies.

France's CNES made the SEIS instrument, while the German Aerospace Center (DLR) provided a self-hammering mole that can burrow 16 feet (five meters) into the surface – farther than any instrument before – to measure heat flow.

Spain's Centro de Astrobiologia made the spacecraft's wind sensors and three of InSight's seismic instruments were designed and built in Britain.

Other significant contributions came from the Space Research Center of the Polish Academy of Sciences and Astronomy and the Swiss Institute of Technology.

"It's great news that the InSight spacecraft has landed safely on Mars," said Sue Horne, head of space exploration at the UK Space Agency.

By listening to tremors on Mars, whether from quakes or meteor impacts or even volcanic activity, scientists can learn more about its interior and reveal how the planet formed.

An increasingly rare commodity, quality independent journalism cost money, though not as much as its absence can cost global community. No country can live and prosper without truth – that's why it matters.

Every Daily Maverick article and every Scorpio exposé is proof of our dedication to this unshakeable mission. Investing in our news media is by far the most effective investment in South Africa's future.

You can support Independent and Investigative Journalism by joining Maverick Insider. If you contribute R150 or more per month you will receive R100 back in UBER vouchers. EVERY MONTH until October 2019.

So, if you'd like to help and make something meaningful for yourself and your country, then sign up to become a Maverick Insider. Together we can Defend Truth.