There are many cool landmarks on Planet Earth, but our solar system is full of planets that are just as interesting, and now we get a chance to see them.

This stunning image of sand dunes on Mars is a great example. The photo was cut off by the HiRISE camera built into NASA's Mars Reconnaissance Orbiter, and it's obvious that what you're watching is outside. Sandstone crested on the surface of a dry, jagged surface that was thought to be a rock of lava that had long poured on the surface. 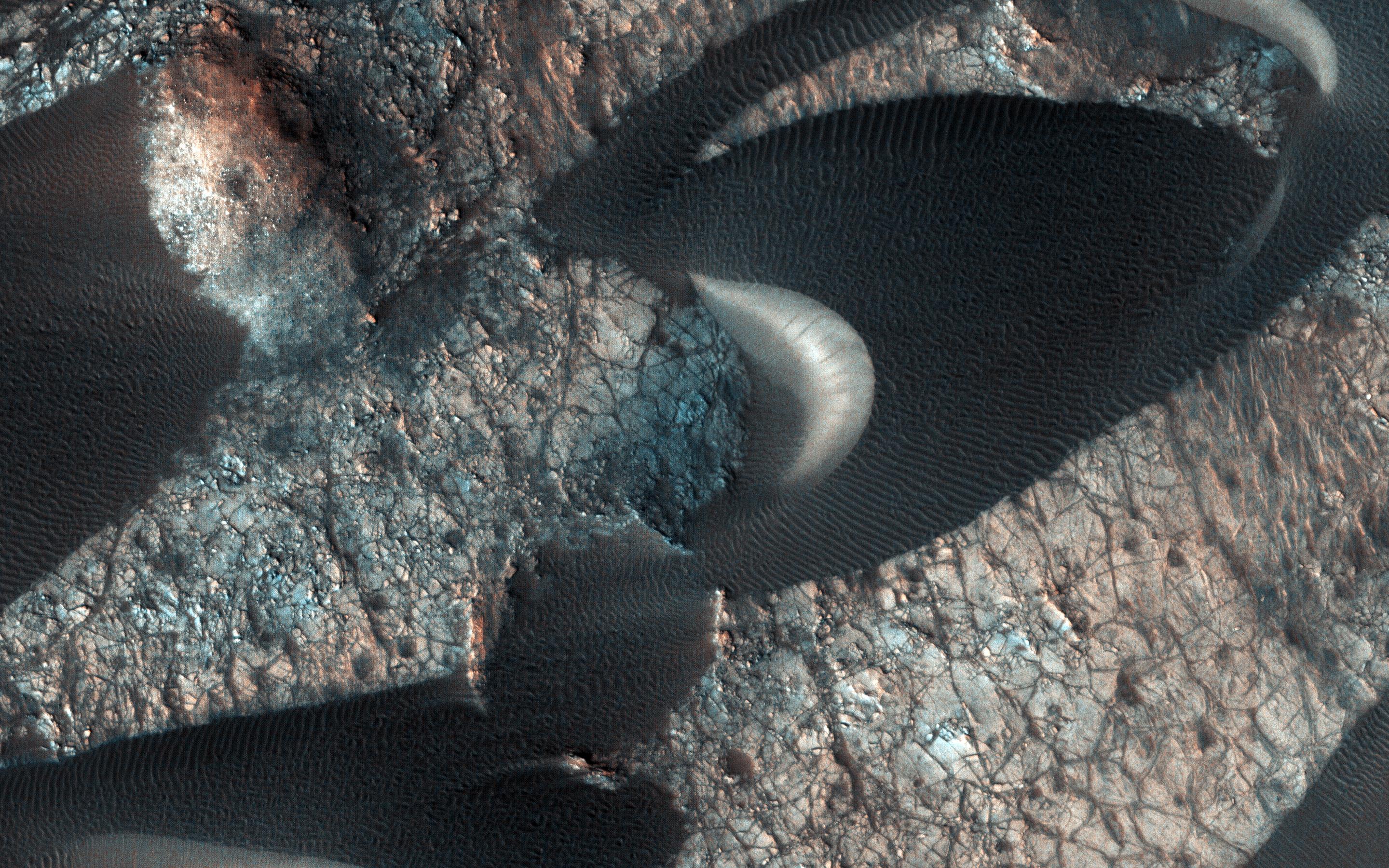 The dunes you see here are known as "Barca dunes," and we have similar features here on Earth. NASA offers a brief explanation of how it is formed:

The orientation of these dunes tells us that the predominant wind blows from right to left (east to west). The wind constantly moves the sand grains along the longer dune slope to the top. Small waves on the slope are caused by this movement. When sand grains arrive at the top, they descend on a steeper and shorter slope, which consequently has no waves. This is the gradual movement of the sand, which causes the dunes to slowly move over time.

The image itself has a scale of about 10 inches per pixel, and is just the latest picture of the region called Nile Patera to be shot by MRO and released by NASA.

Such images are pure candy, but they can also give an important idea of ​​Martian time, giving scientists the idea of ​​how wind erosion and other meteorological phenomena affect the surface of the planet.

If mankind ever went to Mars and perhaps even created a permanent colony there, we will have to know as much as possible about the surface of the planet. High-resolution photos taken from the HiRISE camera are invaluable tools in this regard.

Marbi Reconnaissance's Orbiter is one of NASA's all-star stars, overcoming its core mission throughout the decade. Originally launched in 2005, the spacecraft was scheduled for only two years but exceeded those expectations by one mile.