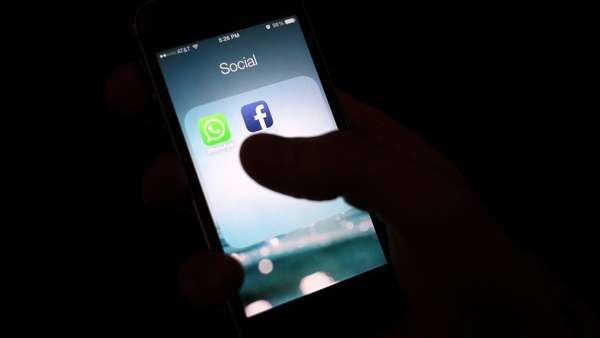 The World Health Organization describes it as the epidemic of the century. It affects more than 300 million people worldwide and is the leading cause of disability in the world. In the worst case, it can lead to suicide: it is estimated that every year 800 000 people make it specific and this is the second cause of death between 15 and 29 years. What is the epidemic? Depression. And various studies have shown this the rate of unhappiness in this age group increases not only in less favored countries but also among those of greater economic development, the same ones that are usually on the top of the rankings of happiness.

The Swedish National Health and Welfare Directorate reported last year that the number of people with depression increased by 20% in a decade and that the increase is particularly pronounced among young people. Meanwhile, in Denmark, those aged between 16 and 24 say they feel more lonely than the generation of their grandparents, according to a survey of 180,000 people from the Danish health authority.

These conclusions were presented in 2018 in the Shadow of Happiness report by the Northern Council of Ministers and the Happening Research Institute in Copenhagen. Michael Birkjer, one of the authors, said that the culture of performance and the growing use of social networks contribute to depression, loneliness and stress.

A psychologist from the University of San Diego, Jean-Taven, conducted an interesting study, which she commented in the Washington Post. Between 2010 and 2015, according to massive studies in the United States, it was found that The number of adolescents who say they feel "useless" and "sad", classic symptoms of depression, has grown by 33%. Suicide attempts in this range increased by 23% and between 13 and 18 years the number of suicides completed increased by 31%.

These indicators were checked at all socioeconomic and cultural levels, with no differences between regions, race or ethnic groups, according to Twenge and his colleagues in the report published in Clinical Psychological Science. After analyzing various variables of all kinds – "this is a stage of sustainable economic growth and declining unemployment," researchers found that the increase in depression and suicide coincided with the explosion of the smartphone: in 2015, according to the Pew Research Center, 73% teenagers had a smartphone.

By work, not only the use of these mobile phones and depression increases hand in hand, rather, online time is associated with a variety of mental disorders. So they came to the conclusion that boys who spent 5 or more hours a day had 71% more chances to develop at least one of the risk factors such as depression or suicidal fantasies over those who do it in just one hour. These factors – according to Twenge – have increased significantly after two hours a day or more in front of the screen.

Another study, published in Preventive Medicine Reports, with information from 40,000 children aged 2 to 17 years in the US, found that 20% of those between the ages of 14 and 17 have spent 7 hours a day or more online: In addition to the link with depression and anxiety, those who are (not including some school activities) are more emotionally unstable, more distracted, and have had difficulty completing tasks and creating friends compared to those who are just an hour in front of the screen.

Apart from the complexity of the topic, as Tvene says, it is never too early to think about limiting the time children spend online. He is excited that it is not too late.