Coral shows a sign of recovery, but it may be too late 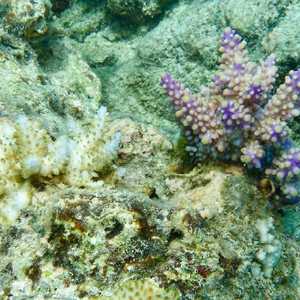 A large island of barrier reef, which was a zero base for corrosion bleaching two years ago, has signs of a slow recovery.

A new study found that the unprecedented back bleaching of the Rifa reef changed the physiology of the harder corals, making them more resistant to future stress.

Images of the fallen white coral on the Linger Island fringer reef became viral at the 2016 bleaching event when a coral reef scholar described the reef in the coming months as subjected to a "full ecosystem collapse."

But since then, the identity of North Northern Tourism and marine biologist Wendy Morris, who watches the coral reef wetlands, said the marine environment to turn away from a disaster.

"I was at Lizard Island at the end of the week," she said.

"I had to say that I was so excited and delighted – especially in three main areas, right from the resort beach and beyond the mussels gardens, which were completely ruined by two cyclones and bleaching.

"Everything seems so remarkably healthy."

The Great Barrier Reef Marine Park set Marine Park on the bleaching watch fearing that the temperature temperatures of the sea predicted this summer could put the natural miracle at risk of another blooming event.

Ms. Morris remained hopeful that the cyclone activity of the region would continue to whiten.

"We come in the summer and see our dear friend, Cyclone Owen, who happily leaves a lot of water and rough weather that just needs the reef, but let's keep our fingers," she said.

A study published yesterday showed that the Great Barrier Reef's reaction to extreme temperatures in 2017 was significantly different from the previous year, with surviving corals becoming more difficult to heat up.

Author of the study, Dr. Andrew Hoy, of James Cook University, said the combined imprint of the two bleaching events killed nearly half of the coral's two-thirds of the world's largest reef system.

"It's only a matter of time before we see another massive whitening event triggered by the next hot sea wave driven by global warming," he said.