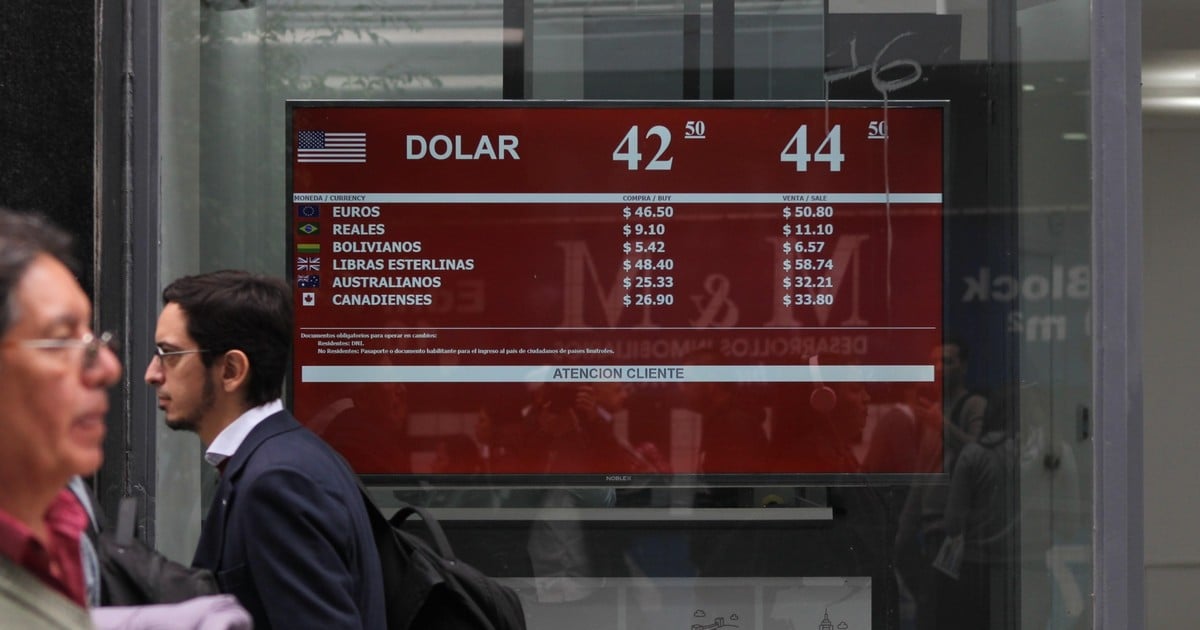 "It was not another day," the market operator said yesterday on the financial day they lived in titles, stocks and currency,

First, the bonds registered a decline of more than 6% during the day. The index, which repeats this behavior, is the country's risk, and yesterday saw an increase of 95 points (10.9%) to 963. This is the highest level in the age of Mauriceio Macri and the biggest increase for one day since the era of default with Christina Fernandez de Kirchner. State risk measures the difference between what the Argentine Treasury pays to borrow money on the 10-year market and what the pair does in the United States. Yesterday a 10-year US Treasury bond yields 2.52% a year. Argentina pays almost 12% a year.

As for the Buenos Aires Stock Exchange, the Merval index fell 3.82% and amounted to 29 746.60 points. The total balance of the companies showed 35 rallies and 50 losses at an agreed volume of 878 million peso (19.5 million dollars). The worst performance was the Ternium steel producer (down 8.2%), and the best result was agri-exporter Kreslow (3.66%).

In New York, where Argentine shares are quoted, ADR fell to 12%, as those of banks (BBVA Francés, Galicia and Supervielle registered a drop in this level).

Finally, the Argentine currency has returned to devaluation, as happened in the region, albeit to a greater extent. The dollar rose from $ 43.52 to $ 44.92 and rose 3.2%. In Brazil, the currency appreciation is 1.8%. In Chile, Colombia and Peru, their currencies are also lagging behind the dollar, which is again on the rise.

The course during the month increased by 1.1% and 15.6% this year. After the launch of the Sandleris plan in October 2018, the currency increased by 7.2%.

The increase in risk for the countrythe decline in Argentine stock prices and the rise in the exchange rate are mainly explained by a series of survey data. The work of Isonomy showed Christina Kirchner to Mauriceio Macri in the newsletter. A similar trend was also shown by the R & D research consultant in the work that in the first 100 days of 2019 shows that Christina Kirchner's intention to vote gradually increased from just over 30% in the early days of January to nearly 39% so far in April.

In Casa Rosada the reading they make about the research that is being addressed and the financial present is summarized in two words: it is missing and depends.

"Missing" is the term used to show that surveys show (at best) a photo from today and that at least two months remain to know the list of participants to compete in PASO. By "Depends," they respond to the government about what they think is the impact of recession and inflation in the face of the election. The goal is to keep the dollar as stable as possible and last week there were reports from the Central Bank (the floor was removed from the zone without intervention and the ceiling no longer updated) by the Ministry of Production (a price agreement whereby the prices of 64 products were frozen for six months, and this Monday at the Treasury with over-implementation of the first quarter fiscal target with the IMF.

Finally, in the government, they are convinced that if there is security for Christina Kirchner not a candidate, the risk for the country will drop to 500 points.

The wholesale dollar closed this Wednesday at $ 43.98, The exchange rate should increase by 17% to reach the group ceiling ($ 51.48). If you pass the threshold, the Central Bank could sell up to $ 150 million to protect the currency quote. In the non-intervention area, the government has room for action to ease the exchange rate tension through the $ 60 million daily auctions made by the Treasury and the sale of future US dollars to BCRA.

One of the key investor fears about governance, which will begin in December 2019, is related to the sustainability of external debt. In particular, on the need or not to refinance the amount to be returned to the IMF by 2022. Actually, a few weeks ago this was suggested by the IMF representative in Buenos Aires at a meeting with bankers and clients in He pointed out that the agency there is a program for expanded funds for economies in need of reforms and prolongs the repayment of their debts. The IMF itself, in its latest staff report, warned of the impact of the weight of the change in the dollar.

Mauriceio Macri Yesterday, the election climate attributed the nervousness of the markets to the uncertain outcome of the October election when opposition candidates were not yet identified (see more in detail, p. 5). "For Argentina, global moves beat him for two," economic analyst Fausto Spartano said yesterday. In a report this week, the Institute of International Finance says that by October, "unofficial capital flows are weak and the outflow of reserves may reappear."