Due to the decline in sales, the shares of consumer companies are collapsing 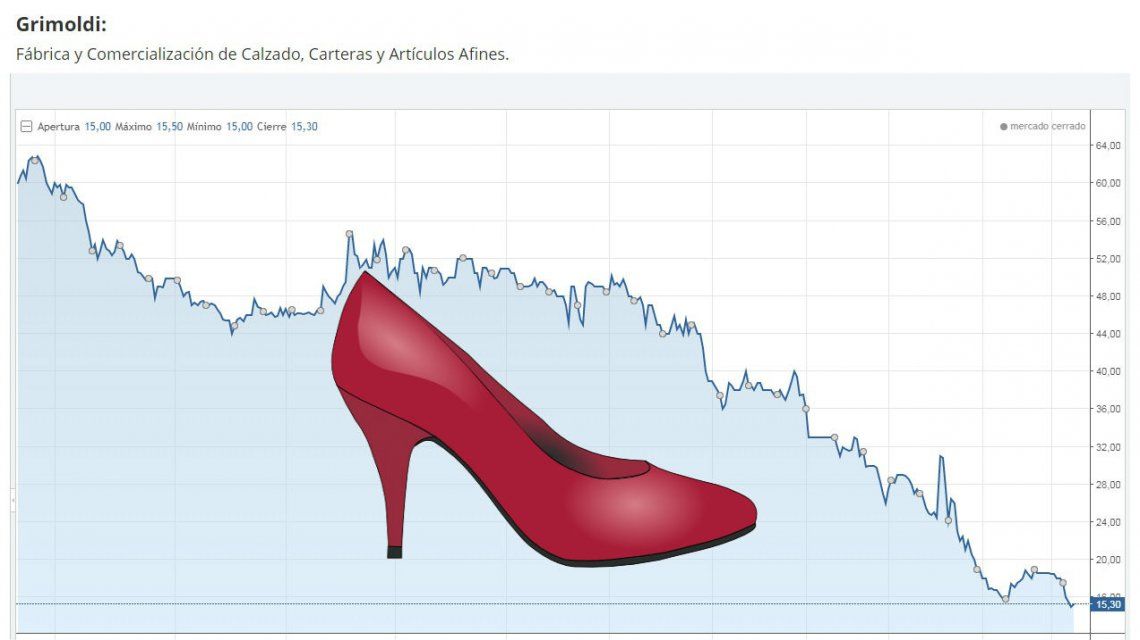 The brightest example of the past few hours is Grimoldi's. Perhaps the shoe brand is more rooted than the Argentinean consumer. With more than 120 years of history, he has gone through all the whims of the Argentine economy, but has always been in charge of the sector.

The shares of the shoe brand par excellence in the country collapsed in 2018 and continue in a reserve in 2019. In September 2016, they came to quote over 70 pesos and at the end of Friday they were at $ 15.

Grimoldi is the most representative case of consumer listed companies. "They accuse the lack of sale in the premises"Explains Santiago Lul Future stock market,

In a dialogue with minuteouno.com, the market analyst explains that the investor "sees that consumption is not rising" and that's why stocks are falling. "The market tells you that this asset today costs $ 14, which came to play as a floor, In 2014 it was 5 dollars, but with another dollar. Today it is traded at $ 15, equivalent to less than 50 cents. "

"Investors mainly migrate to the issue of banks"Explains Llull, adding that"Most of the market shares are in banks. Merval is headed by Banco Galicia, which ponders 17% of the locals".

Sales of clothing, footwear and home textiles grew by 18.4% in November 2018 compared to 2017, according to the study at Inddex shopping centers. Of course, inflation is 47.6%, which represents a 30% fall in inflationary rhythm