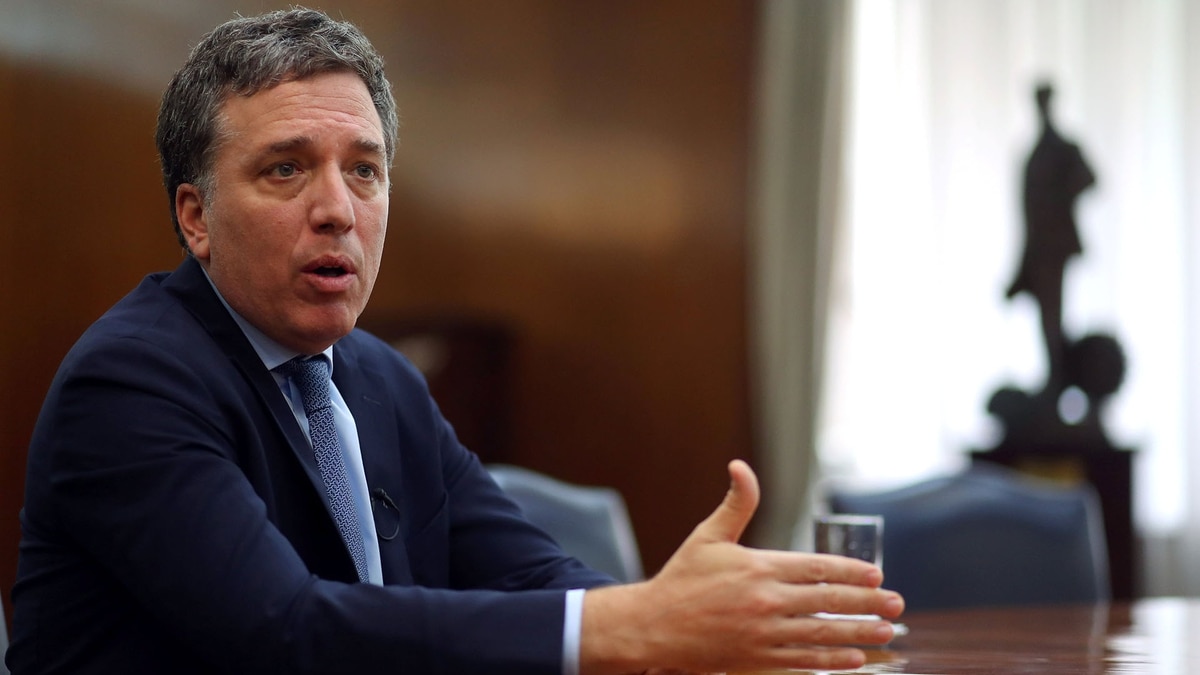 Given the growing doubts in the financial markets about the situation in Argentina and the country's rising country risk of more than 750 basis points, Nicholas Duhovne tried to give quiet signals. The Minister of Finance said yesterday that the idea was "to finance in advance the debt maturity of 2020".

The ultimate goal will be to leave the whole year after the election to remove the doubts investors have about the government's ability to pay. "We want to minimize the use of the dollar that the IMF gives us to use at least in 2019 to make that money available next year."

The official spoke at the annual meeting of the Financial Affairs Committee in Latin America at a hotel in Recoleta. There he has been heard by economists throughout the region, including Guillermo Calvo, Andres Velasco (London School of Economics), Guillermo Perry (ex BID), Augusto de la Torre (former World Bank), Pablo Guidotti (The Tel) and Liliana Rojas Suarez (president of CLAAF), among others.

In recent days, the risk for the country has risen above 750 points, reflecting the uncertainty that stimulates investors. But the most notable is how the gap between the bonds that expire next year and those who make it after the election is expanding. Bonus 2019, for example, closed yesterday with an annual yield of 3.7% in dollars. However, Bonar continued to weaken and now returns 9.6%. This significant difference between one year and another can only be explained by one reason: the strong electoral uncertainty.

Nonetheless, the lack of government access to international markets complicates the goal of "cash" in dollars to ensure payment of maturities for 2020. How can it move in that direction? Major refinancing of local debt.

"If we can refinance more than 45% of Letites that expire next year, we will already release more IMF dollars to be available by 2020, they explained Infobae higher sources of funding. Although it seems a small task, it is not that much: it will be necessary to see if investors are willing to "ruin" the dollar bonds even in the short term in the election approach.

Of the $ 57,000 million that the IMF will allocate, a smaller proportion will be earmarked for 2020: Under the government's financial program, it is $ 5.9 billion. But this amount may increase depending on market behavior next year.

The IMF will allocate $ 22,800,000 next year. The goal is not to use all the money to cancel the debt as planned, but to take a part for 2020 in the preventive part. Today it seems like a more difficult goal.

The post-election financial plan finds that there is a need for funding of $ 25 800 millionOne part is covered by money that will trigger the IMF. The rest must come from private funding. In the cases distributed by the Ministry of Finance, no dollar is required on the international market. There are $ 10,500,000 local refinancing and another $ 4,600,000 new placements.