Earth Day 2019: These incredible images of NASA show the Earth on top 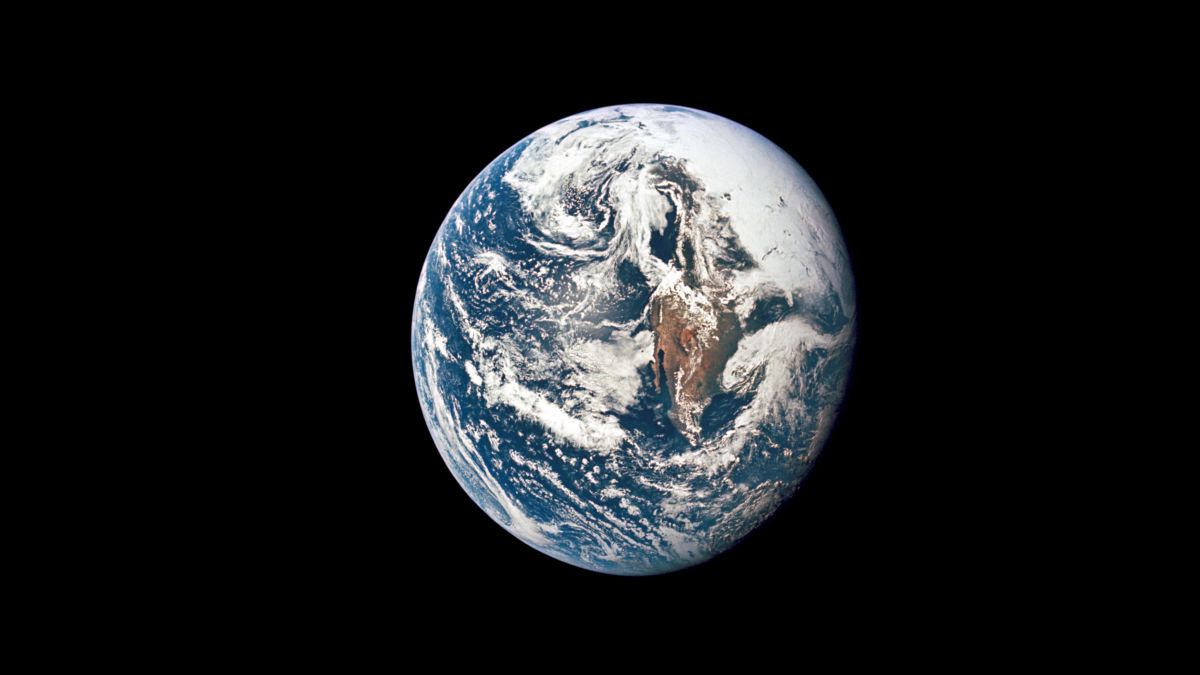 Space.com has selected 10 of our favorite views from NASA's Earth Day Gallery and presented them here. For even more incredible NASA pictures of the Earth, you can find the full collection of NASA Earth Day pictures here.

You can also share your own Earth Day photos with NASA so you can include them in NASA videos and social media publications.

While NASA is best known for its space missions, the agency devotes its time and resources to studying the planet Earth. Operation IceBridge monitors polar ice through flying research aircraft over the Arctic and Antarctic. This image was taken by the NASA P-3 flight laboratory on November 27, 2013, when the plane flew from Mount Pero, part of the transantarctic mountains that pass from east to west through Antarctica.

Cloud of anvil over Africa

Rising clouds, like popcorn-like clouds above Africa, is a large, clumsy cloud that looks like a huge shelf of water vapor. This image was captured by a crew member of an expedition 16 of the International Space Station. Due to its shape, this type of cloud formation is often called the "anvil cloud."

A photo of the air shot during NASA's IceBridge operation on November 5, 2014 shows the distribution of the ice at Belingshausen in the western Antarctic peninsula. "The ice block on the right side of the image is older, thicker and has ever been attached to the Antarctic ice sheet," a NASA statement said in a statement. "By the time this image was acquired, the ice had collapsed to form an iceberg.

NASA's Terra satellite has sealed these features, shining in the desert of Rub Al-Kali on December 5, 2005. It is one of the largest sand deserts in the world and covers about a third of the Arabian Peninsula, including Oman, Yemen and The United Arab Emirates.

Since the seaworthy waters of the Caribbean Sea run between this chain of islands, the water takes a darker blue color into the deeper parts of the canals. This photo shows several small island bays in the Exuma area of ​​the Bahamas and was taken by the astronaut Expedition 44 of the International Space Station on July 19, 2015.

This snow peak, towering over its grassy surroundings, is Mount Taranaki, a Stratovulan on the North Island of New Zealand in a protected area known as Egmont National Park. The protected area of ​​the forest has a darker green tint than the surrounding pastures. This viewpoint was captured by NASA's Earthat 8 satellite for Earth observation on July 3, 2014.

The Earth looks like a shining "black marble" in this full disk by NASA-NOAA Suomi National Polar-Orbital Partner (NPP) satellite. You can see even more views of the Earth at night in our Black Marble photo gallery!

The view of the Earth from Mars

In a photograph of NASA's Mars Inquisition Orb (MRO), Earth and Moon look like small crescent moons in the night sky. MRO captured this historic image on October 3, 2007, when the Red Planet was about 88 million miles (142 million kilometers) from Earth.

"The Day the Earth smiled"

Yes, this is a picture of Saturn's rings. But if you look very carefully, you can also see the Earth and the Moon! On July 15, 2013, NASA's Cassany spacecraft took a long shot of the Earth from 898 million miles (1.44 billion kilometers).