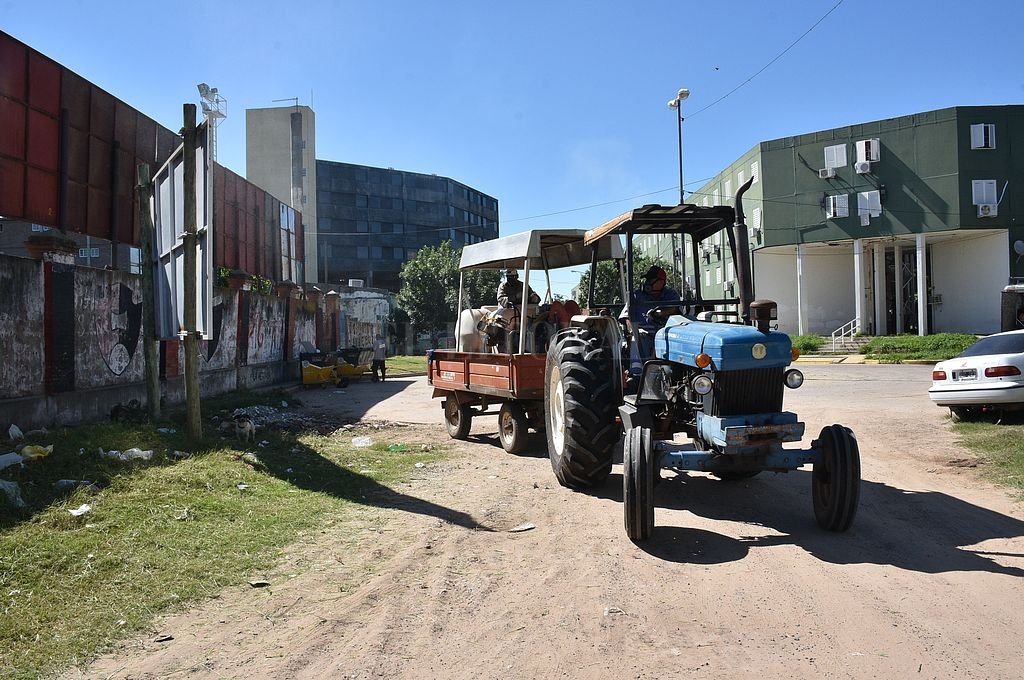 The nation's health ministry has warned that there is viral circulation of the disease in Santa Fe, Salta, Mission and Formosa. There are 28 autochthonous cases and 7 with previous trips. Yellow fever also worries about cases in Brazil.

Fumigation tasks are performed in the neighborhoods of Santa Fe. photo: Flavio Rayna

The National Directorate of Epidemiology warned that there was viral circulation of dengue in the country and issued an epidemiological signal for the 28 indigenous cases confirmed so far in Santa Fe, Salta, Formosa and Mission. The National Health System also increased its protection against yellow fever in the Brazilian states of Sao Paulo and Parana (the virus was also found in jungle monkeys in the province of Santa Catarina).

"Health teams are called upon to step up epidemiological surveillance of cases and raise awareness of the clinical suspicion of dengue and other arboriruses, including yellow fever, in people who were at risk," the statement said.

The latest Health Portfolio Epidemiology Bulletin, which does not include updated that the Santa Fe health ministry made this Thursdayshows that there is a local transmission of tropical serotype 1 (DEN-1) in the city of Santa Fe and in Salta, Oran and Tartagal. "There are isolated cases of dengue serotype DEN-1 in Puerto Iguazu (Mission), Buenos Aires, and Ingeniero Juárez (Formosa)," the report said.

Altogether, there are 28 confirmed cases that do not take account of travel history. In addition, there are 7 positive cases of dengue in people who have traveled to areas where the disease is endemic such as Brazil, Paraguay and Bolivia. The Ministry of Health reported that there are no cases of other arboriruses (viruses carrying arthropods such as mosquitoes) that produce diseases such as Zika and chicunguña.

You have to read

The Pan American Health Organization (PAHO) has warned that Brazil is going through the seasonal yellow fever season. "Expansion of the historical area of ​​yellow fever transmission into areas without risk has led to two waves of transmission: the first in 2016-2017, with 778 human cases (262 deaths); and the second one in 2017-2018, with 1,376 cases in humans (483 deaths), "said the Ministry of Health of the Nation.

In the spring and so far this summer, 12 cases were confirmed in Brazil, including 6 deaths in the municipalities of El Dorado (9 cases), Jacquipranga (1 case), Iporanga (1 case) and Canapa (1 case), they are south of the state Sao Paulo, mostly rural workers. Health Minister Parana said the tests carried out on dead monkeys in Antonina on the coast of Parana were also positive for yellow fever.

"These cases, as well as the confirmation of viral circulating in Parana and several suspected epizootic diseases in monkeys near our border (unconfirmed), marked the beginning of the third wave and the development of the outbreak to the South-East and South of the country. the border regions of Argentina, mainly the Misiones and Corrientes, which have similar environmental epidemiological conditions, and for travelers who visit Brazil and who are not vaccinated, "the Ministry of Health said.

People who travel to areas of Brazil where reported cases (Rio de Janeiro beach – especially Angra Dos Reis – for example, and also San Pablo) must be vaccinated. The National Vaccination Calendar includes a vaccine dose for boys and girls aged 18 months living in Missions and Formosa province, as well as some departments of Corrientes, Chaco, Salta, and Hujii, at 11 years of age. The vaccine should preferably be administered 10 days before the date of travel and one dose is sufficient to protect yourself throughout your life. In the case of travelers, vaccination should be specified by the physician individually depending on the actual risk of infection in the area to be visited and the personal conditions.

The provincial director of San Feo Julio Bephani's Health Promotion and Prevention confirmed to El Littoral that the new research that will be made to Columbus players will be key to the confirmation or exclusion of the disease. Yesterday, the Department of Health reported that the first analysis had a negative result, but it usually happens that dengue patients take several days to five to generate antibodies found in laboratory tests. Therefore, the second blood sample is so important that it should be done according to the protocol established by the National Health Secretariat.

You have to read