Fishermen still can't find it: so was Saturday's search for dogs and tires 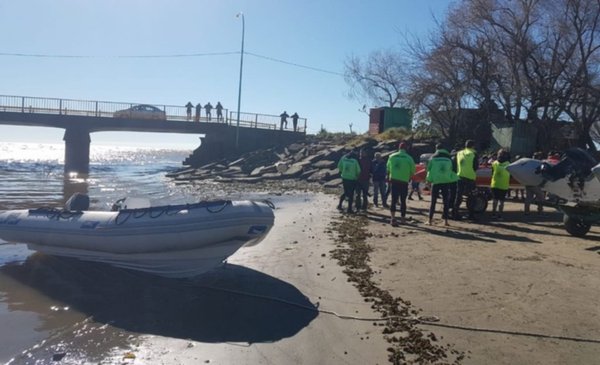 The shelling operation to locate the two fishermen who disappeared eight days ago in Punta Lara, Ensenada has not been successful today, although much of Rio de la Plata has been crossed with more than 20 boats and land with police dogs specializing in the search for humans.

Ensenada Security Secretary Martin Slobodian explained that during the day, ships and planes in the Argentine Navy prefecture "added about 20 private boats and jets to make the rake more complete."

He explained that the boats "went to the Atalaya area and worked out the entire river but finding nothing" and added that for the country of Buenos Aires, "the area was crossed with jets."

He said that in addition to the area, "there was a rake on the shore and with Buenos Aires police dogs specializing in the search for people."

The Argentine Naval Prefecture (PNA) also informed that along with family members of the two fishermen, specialized personnel have already traveled "by air, land and water, more than 37,300 square kilometers from the interior of Rio de la Plata" as their search started,

It is believed that the engine of the small boat could suffer some damage that would be more inclined, according to sources related to the investigation, which was initiated by "human search".

PNA is working in coordination with the Uruguayan Navy Prefecture to simultaneously cover a wider area and improve raiding.