For the strike Aerolineas Argentinas canceled all flights on Monday – 23.11.2018 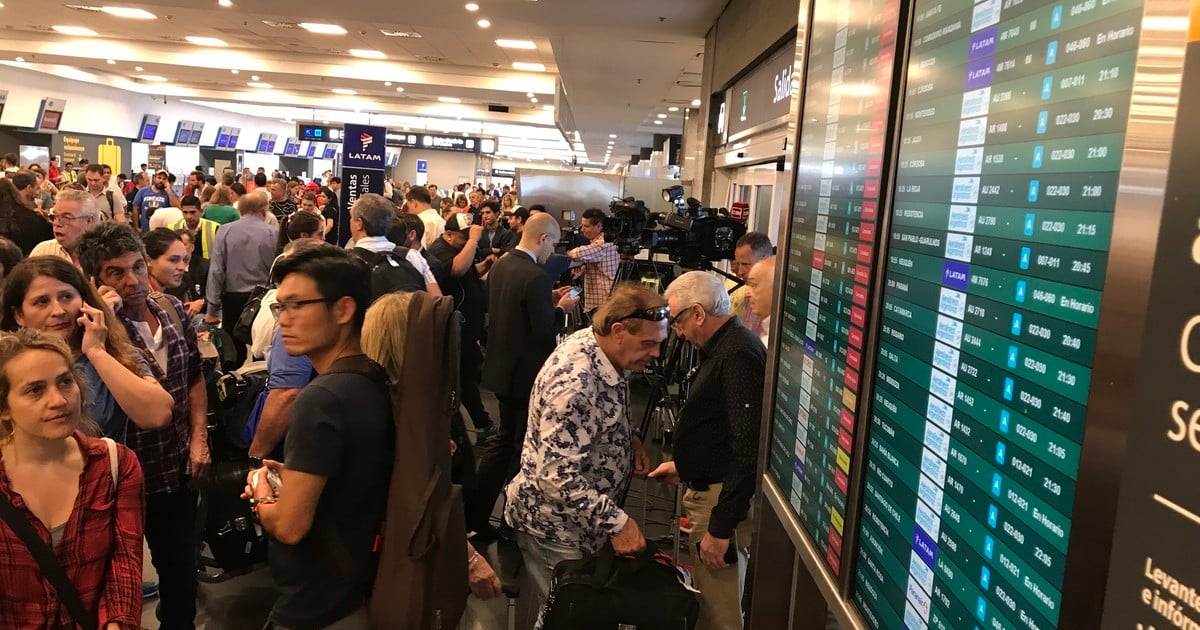 Airline Argentina announced that it had canceled all its flights on Monday, November 26 and accused the trade union strike for that day. The measure reaches 371 flights and affects more than 40,000 passengers.

"This cancellation is due to a stop Monday, organized by the guild pilots (APLA and UALA) as well as ground staff members of the APA, APTA and UPSA technicians," he said. company.

Hours earlier these alliances have issued a statement guaranteeing the company I wanted to turn around, not wanting reconciliation. We will now have to see if trade unions maintain the measure.

As Aerolineas recalled, the strike announced by the trade unions for next week is the fourth that they made against the company so far in November. On Friday 2 and 16, a force was taken from the Aircraft Association (AAA). "And on Thursday there was another strike led by the same unions, who are now announcing measures for the next week. "Although the company talks about unemployment, meetings were initially announced this day.

"Unions have announced that the force measure will start on Monday on Sunday, but it does not determine when it will end, but the newspapers said it would be a 24-hour stop, given the need to better protect passengers, By reprogramming flights as far as possible, Aerolíneas is forced to cancel the entire operation scheduled for that day, "the company said.

The force measures that were passed on Thursday 8 concern more than 30,000 people

What passengers should do

Airlines have asked their passengers to be careful about the means of contact they have registered when purchasing the ticket (either by mail or by telephone). In this way, they will be informed about the reprogramming of the flights.

Those who have not registered their email address can add it by changing their booking through the company's website. Another possibility to be informed in real time about flight changes is through the Tripcase application, which can be downloaded to mobile phones.

On the other hand, the affected passengers already have the opportunity change your passages for other dates or destinations for a period of 30 days, on the same route as they were purchased. also may claim reimbursement of the amounts paid.