from the floods they evacuated people in fields near Dorjego 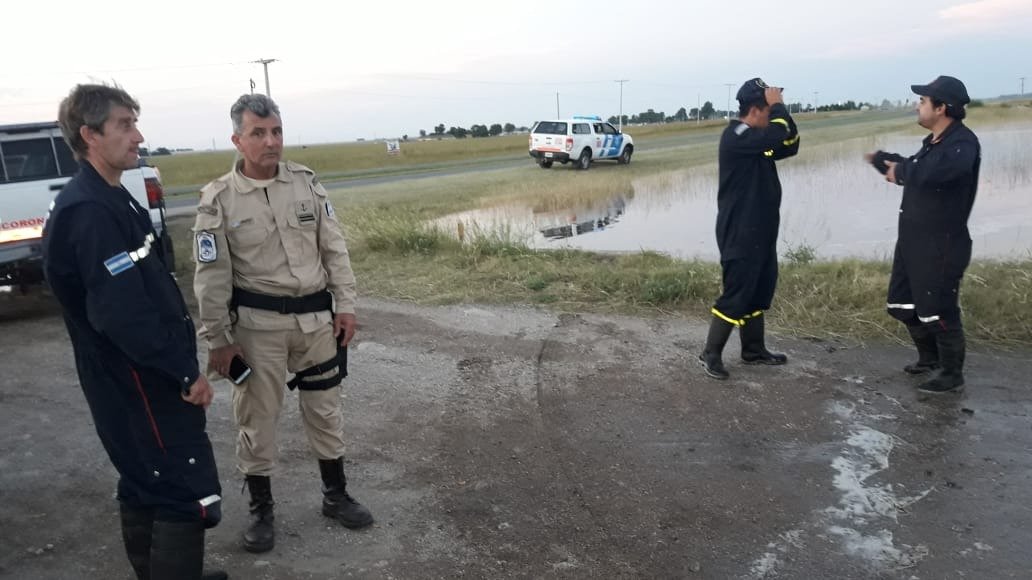 After flooding the rain, the police, along with volunteer firefighters from Monte Ermoso, evacuated people living in a field near Dorgrego where they crossed the stream of Las Monsas.

Monte Hermoso's rescuers also joined and helped to save.

Authorities have confirmed that route 3 is still cut, between kilometers 608 and 640.

# Ruta85, section RN 3 and Colonel Pringles. Circulate with extreme caution to the water of the road.

The head of volunteer firefighters from Monte Hermoso, Heber Hurst, talks to him The new one and explained that water is growing in a very short time, although rain is expected: "We are working to solve this problem."

In 2002, Route 78 access to Monte Ermoso was cut off after a flood over which the water crosses over the bridge of the River Grande, where it limits Dorgrego's party to the Monte Ermoso party.