Gonzalo Bravo of Riesstra was hospitalized with a thigh stroke 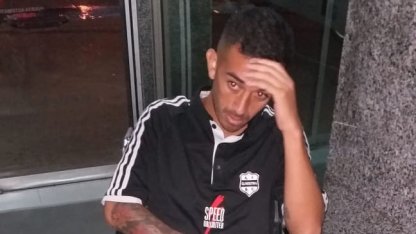 Deportivo Riesstra achieved a great victory against Atlanta at the end of the 23rd day, but the holiday could not be completed. Is this that his figure, Gonzalo Bravo, had to leave the yard with a punch on his thigh and in Nueva Pompeias he worried.

The striker of Metropolitan B suffered a knee on the hilt of Alan Perez, a Bohemian defender, and was transferred to the Clinic of Nuestra Señora de la Merced. There, hurt and difficult to move, he underwent research and had to spend the night in observation.

It is generally said that Gonzalo Bravo suffered from a traumatic pyramidal syndrome, although only when all the results are available, the lesion will be better known. It is positive that a priori has not found bone damage.

INFORMATION
Gonzalo Bravo is admitted to the Clinica Nuestra Señora de la Merced, awaiting the results of the hypotomography due to a deliberate blow to Atlanta.
In principle, it would be a pyramidal trauma syndrome pic.twitter.com/gwLQAyM6J7