In pictures: new images of the strange dunes of Mars (and why of its form) 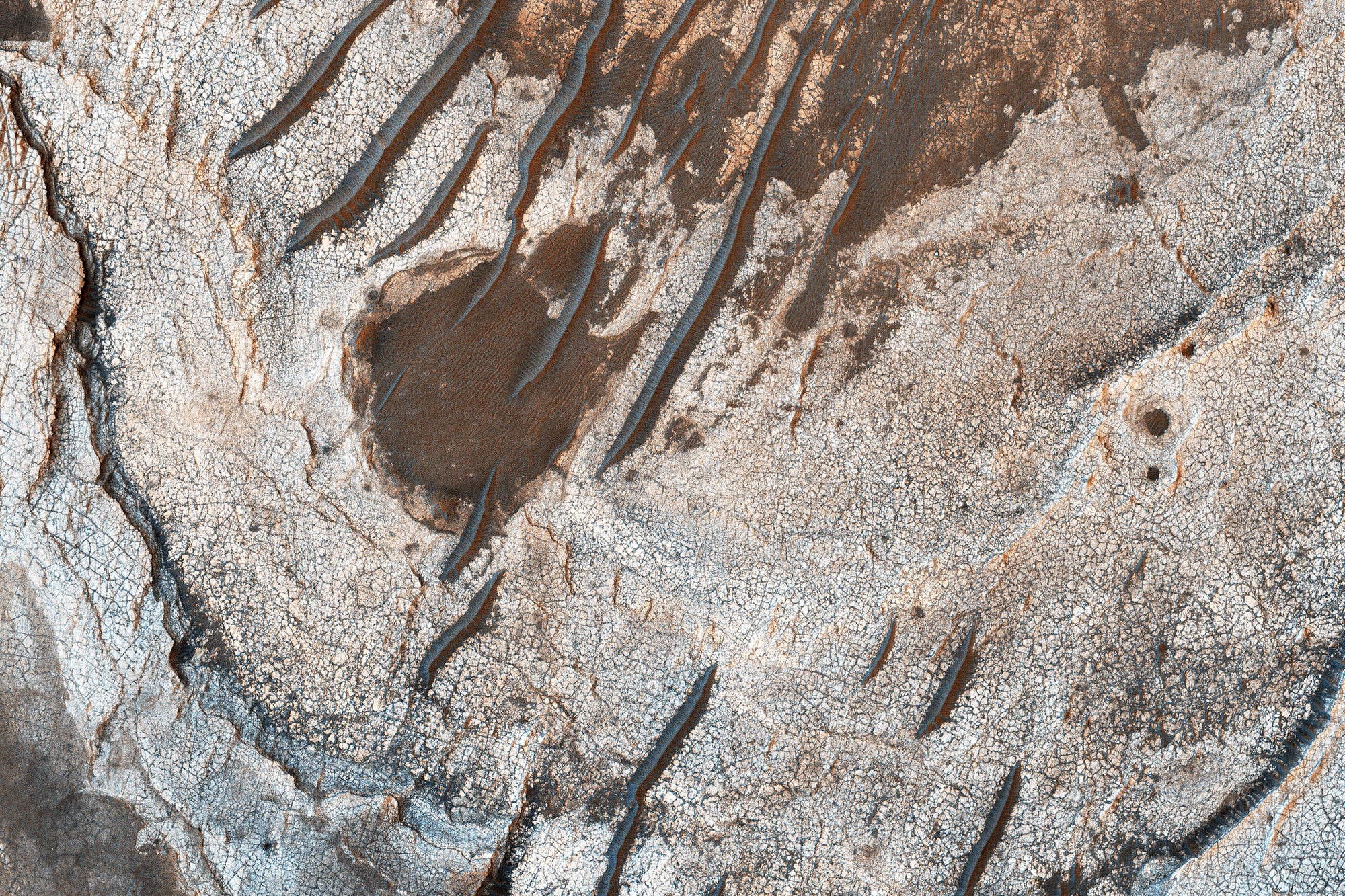 , reveal the erosion capacity of the wind on the surface of the Red Planet.

In the top picture there are many sand dunes. They have the
elongated half-moon shape and are called "dunes of Barchan". They are formed by the continuous wind action that blows in the same direction.

The orientation of these dunes indicates that the predominant wind blows from right to left (east to west). The wind
It continuously moves the grains of the sand along the longest slope of the dune to the top. The small bumps in the slope are caused by this movement. When sand grains reach the top, they descend on a steeper and shorter slope, which is therefore unobtrusive. This is the gradual movement of the sand, which causes the dunes to move slowly over time.

Another photo taken by the HiRISE camera shows how surface erosion reveals a few shades of bright layers, probably sedimentary deposits, on the surface of Mars.

The latest geological objects are, in this case, narrow sand dunes, which meanders at the top of all the rocks.

HiRISE works at visible wavelengths, just like human eyes, but with a telescopic lens that produces images in resolutions that have never been seen in planetary exploration missions. These high-resolution images allow scientists to distinguish 1-meter-long objects on Mars and study morphology (superficial structure) in a much fuller way than ever before.