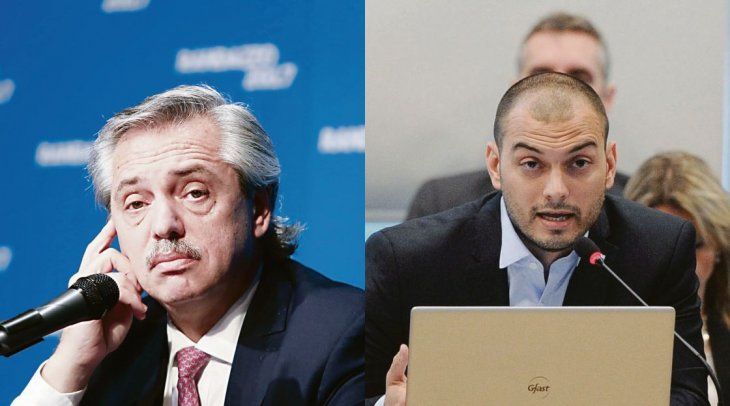 The first concept that attempted to convey is that any government of Christina Fernandez de Kirchner will respect both the debt issued by Mauriceio Macri's leadership and the agreement with the International Monetary Fund (IMF). The argument for the interlocutors to create the message was that during the Kirchner administration all maturities were respected and that there would be no default of voluntary private debt, neither local nor external. It has also been mentioned that the current state of responsibility, issued during the Mauriceio Macri's government, can not be related to the failure announced in December 2001 by Adolfo Rodriguez Saa, which also includes many public titles issued during the last military dictatorship. According to Kirchner's vision, broad and hard negotiations are politically justified. According to the argument, the new debt is contracted by a democratic government passed by the popular vote, and then the largest debt change in world history, which also participates in two stages of the kirchnerism. This responsibility, then, in the eyes of Kirchner, is a legitimacy other than that of the previous failure. What does not mean that in the short and medium term there can not be a call to re-negotiate maturities, but in a voluntary and "goodwill" between the parties. There was no greater precision with regard to the depth and speed of these possible negotiations, but there was insistence on the phrase "good faith."

It also talks about whether there will be restrictions on access and flexibility in currency management. Or, more directly, if you think of a new trap. The message that remained to the interlocutors is that the scheme they think is not a chop, opened in 2011, but a refinement of the initial idea of ​​the measure. That is, to go back to the original share project, with which only dollars can be bought according to the level of registered income of individuals and companies. This scheme, which can never be effectively implemented and later overcome through the successive alternatives and variants of the 2013 model, will be a formula to be developed in the K-labs. In the case of profitability of the companies and the ability to send money transfers abroad (the most criticized aspect of the shares) promised not to return to the scheme by which the government of Cristina Fernandez de Kirchner had finished and to work on the benefits in case this profitability invests.

The validity of the idea of ​​respecting the objective of zero deficit and fiscal equilibrium initiated by Makrism was also discussed, taking advantage of even the impetus that Nicholas Dawvone's current management gave him, but with a longer prolongation of the program's current. Although there are no exact times, the intention is to draw up a plan that exceeds the six-month term proposed by the current Treasury and which covers a longer but reliable period. It is also a surprise that there is a need to reduce the fiscal pressure on the pace of fiscal deficit reduction, starting with the manufacturing sectors, and removing the last deduction saga applied last year.

The agreement with the IMF was confident that it would be respected and that a new round of talks would be opened to try to change the current state of the extended services agreement. That means going on from a four-year deal to one out of ten. It is well known that the financial institution will require reforms that will be politically difficult (almost impossible) to rise in the framework of cyberism, such as labor and social security. But the intention, at least what was said to the interlocutors yesterday, is that you must first sit down and negotiate. As if to show that there was "good faith" on this side of the opposition, Alvarés Agis had a personal gesture to the Maurizio Macri government. The former Deputy Minister of the Economy personally communicated with members of the economic team to ensure access to them and to clarify that no kirchnerism offered any defaults or a call to renegotiate the debt in return for withdrawal. According to the opposite versions, the same authorities have informed Alvarez Agis that it is not necessary and that its position is clear.