Monumental shame in the Boca River vs 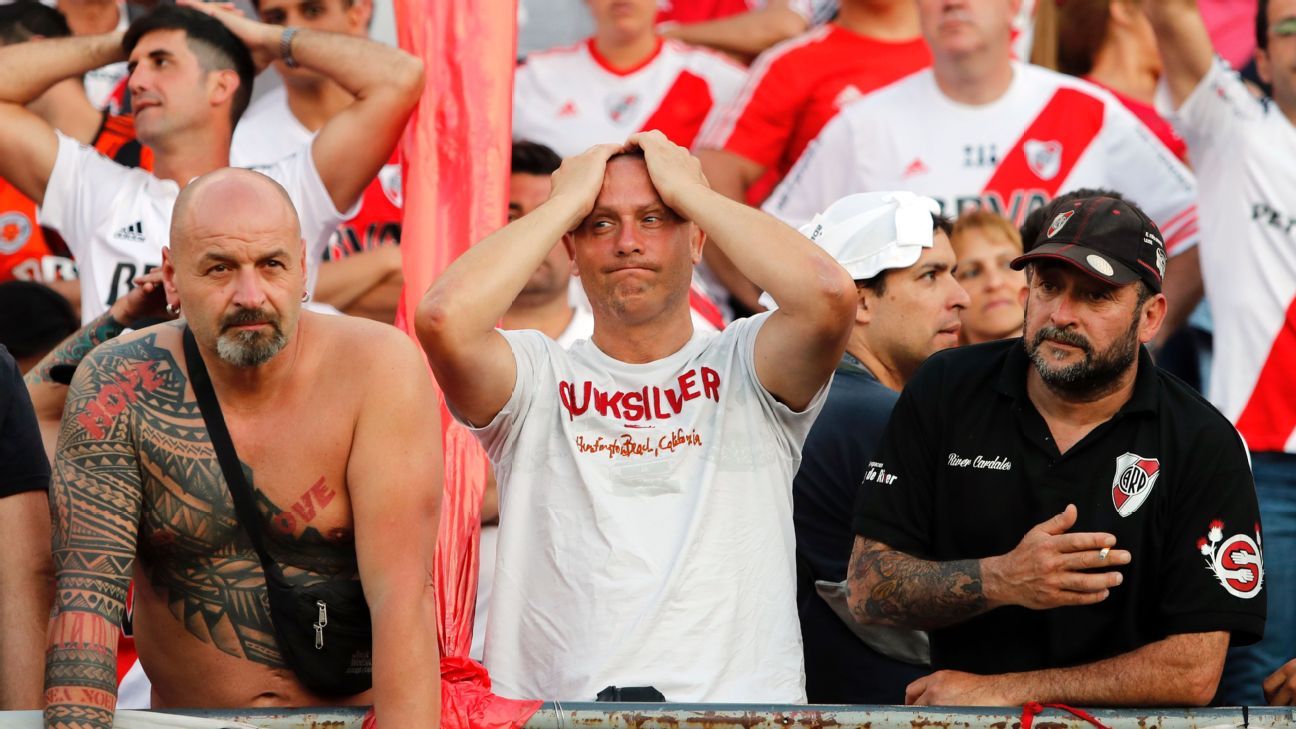 Everything was done, for three weeks this date was moved to the calendar, there was no plan at home except to watch the Libertadoro's Copa-Finals final between the river and Boca, the biggest rival in America and perhaps all over the world. a game for the most important title on the continent.

So it looks like it may not be better for CONMEBOL, Argentina, their clubs, fans. The eyes of the world have put this soccer battle. The excitement and nerves to see the ball that rolled quickly became astonishment and indignation when a few hours of the great game turned into unfortunate images of the millionaire pseudo amateur club who received the fireplace that transported the Xeneize club to the monumental stadium,

The little security device did nothing, and perhaps could not do anything in the face of the barbarity of this group that fired at the windows of all objects, including pepper. Naturally, Boca Juniors players have been visibly affected, beyond physical injuries, discomfort or vomiting, fear, adrenaline, the powerlessness of feeling unprotected in the mouth of the wolf. Adding to the pressure that deserves a game of this nature and seeing your teammates with injuries does not leave you in optimal conditions to play.

In this technological era, a few seconds were enough for the pictures and videos to reach every corner of the world, to offend everyone who loved football. The height of the inhumane, mother, who holds bursts around her daughter's body, absolutely disgusting!

The misunderstood hobbies, the life concealed as a football passion, all the shameful things they cause were overshadowed by the follower …

The leaders of the two clubs met with CONMEBOL's people to determine what is coming. Hours without a determination, with the cradle of journalists looking for information. Boca Jrs captain Pablo Pérez has been ambulanced at a hospital to be treated while the video begins to move from the moment he was hit while in the truck of Boca and his comrades calling for a doctor to be verified.

Chaos Hours come upon them as the control avoids their hands. First announcement, the match is delayed by one hour. The conditions under which the truck is left are checked. It is confirmed that Pablo Pérez suffers from a corneal ulcer and that Gonzalo Lamardo is also injured with one eye.

While CONMEBOL's doctors presented a report stating that there was no reason to stop the game. FIFA President Gianni Infantino arrived at the meeting. The circus continues …

The second message, one hour and 15 minutes, is postponed. FIFA and CONMEBOL press play. Boca does not want to do it. They let them talk to the press, Carlos Tevez and Fernando Gago, two leaders in the box to report that they are unconscious with their families that they are generally good but with three injured satellites with more than 6 hours without eating headaches and low pressure as a consequence, and that they are forced to go out and play when they are not in good shape. The shame that was the first of the violent actions in the previous match was short with the shame that CONMEBOL gave in an attempt to protect the business, regardless of the players' condition and the lack of security.

Time is coming, people inside the Monumental desperate. Attacks are reported on the streets of Buenos Aires. It is about public safety and the party has not even begun. Do not imagine what might happen to any of the clubs that proclaim a champion. The judicial authority comes to court. Voltage Protocols. Both schools were missing on the pitch. CONMEBOL stopped the game in the words of his President Alejandro Dominguez, had a "gentleman's consent" (for us who did not deal with this term, but finally …) Daniel Angelci Pade de Bocca Juniors and Rodolfo Onofrio Pte de River Plate agrees to postpone the final 24 hours later than the original plan.

People who waited many hours at the stadium for this determination were crazy. Oonofrio runs out of the corridors of his own stadium while conducting an interview because people go through security bars.

Accidents with the police, among the pure fans of the river !, and still represents playing the same place this Sunday! It seems unreal, everything, absolutely everything.

As soon as it is confirmed that the Libertadorres final 2018 will be between these two clubs, it would be necessary to have a neutral scenario and preferably away from Argentina, who knows that the football illness that lives in that country understands that unfortunately are not prepared for this type of events.

And I'm very sorry for the other sector of society who loves and respects the game but there are still a lot of inconveniences that do not understand that it's just sport and lose their inconvenience in the football game. But who set it up, it seemed an awkward dish, impossible to lose.

And there are media who like to put petrol in the fire and enjoy weeks of provocative promotions, calling it "The End of the World" as if it were murder or die. This is not the way it does not work, so the situation in the country of albicella will never change.

They are playing in the league for years with a ban on visitors. This is normal? This is depressing! Players do not recover within 24 hours, and the place of this final and no one takes them. Another alternative – that the team eliminates the semi-finals, Plameira and Cruzeiro play the final.

Unjust to Boca and the river? Yes, but this is the possibility of CONMEBOL and FIFA being inexorable and creating a precedent. Will it happen? No, because if it takes hours to come to the logical conclusion that you can not play today, you will have less courage to do something like that. At this point, between the rains that postpone the last one and the embarrassment in the previous round, we are tired of "The End of the World," no matter who wins, the most important thing to worry about is the security, the uncontrollable insanity it has caused of people. What has been said, the excitement of seeing the ball moving in the title dispute between two great teams has been a complete disappointment.