Nicolás Dujovne: "We are attacking the disease so that inflation will fall permanently" 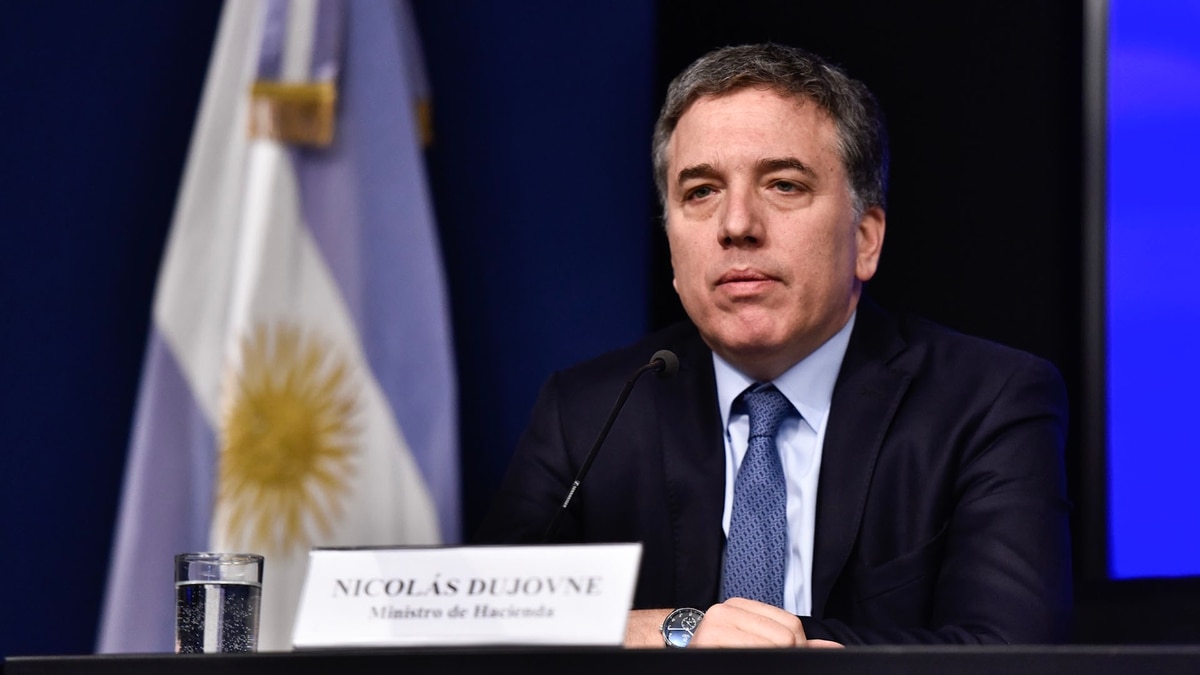 Inflation, growth of the dollar and employment. To these questions, among other things, Minister of Finance Nicholas Dawojen pointed out in a report in which the government confirmed the economic course and then ensure that Kambiesemos would manage another four years. "The society is mature and will continue to accompany the change," the official said.

Here are his most important phrases:

"The inflation and work These are concerns we share in the government. We are very clear that in order to resolve structural problems, Argentina needs a healthy economy capable of growing constantly and not being exposed to international instability. "

"Within a few weeks of the adoption of President Macri was published a document called the State State, and it is very difficult to convey to society the failure that we were in. Argentina has reintegrated into the world, you can not go out and scare the capitals. This is a delicate balance: how difficult it is to show the legacy numbers and how much they have to take over.

"Argentina has adjusted the cost of public services, subsidies were widespread and not focused on those who have the least, we have corrected most of the imbalance. We are converging to the levels we need to ensure adequate energy, gas and water services".

"One day, the dollar moved by two percent last week, not so unusual in the case of an emerging country currency that still has inflation since we started with the monetary aggregate target in September, BCRA is very effective in significantly reducing volatilityWe have $ 70 billion in reserves, we are in a stable position that lets us know that the volatility will be low.

"Although rates may be positive in real terms, it should be borne in mind that the opposite is greater exchange rate stability and the ability for inflation to sustain this downward pace."

"This year, we will have lower inflation than in 2018, by maintaining this monetary policy, where most of the price adjustment for public services is observed." The exchange rate is competitive, no shares, and the BCRA no longer finances the Ministry of Finance. There are chances for further sustainable decline in 2020. We are attacking the disease so that inflation is constantly falling".

"Even if we know that SMEs are experiencing difficult times, they need to know at a high pace we are doing what is necessary to stabilize the economy, which allows us to reduce inflation and that wages are increasingThe way SMEs can grow, prosper, and become big companies has an economy that can grow by 3 or 4 percent per year.

"The economic program is from Argentina. The country has received tremendous support from the international community, not just from the IMF, The Fund consists of countries that are shareholders and who have decided to support Argentina with an unprecedented program that is the largest in payout.

– The starting point was Venezuela, In 2012 this country artificially lowered inflation, made mega-expansive spending, consuming the last one that remained, and thence came the failure. That awaits Argentina if Macri does not accept and with courage does not start to solve the structural problems".

"I am convinced that we can not underestimate the Argentine society: society understands the difficulties of cleaning the economy, structurally changing a country, and the other is that we have had difficult years, but will we throw it away?" The community is mature and will continue to accompany the change".