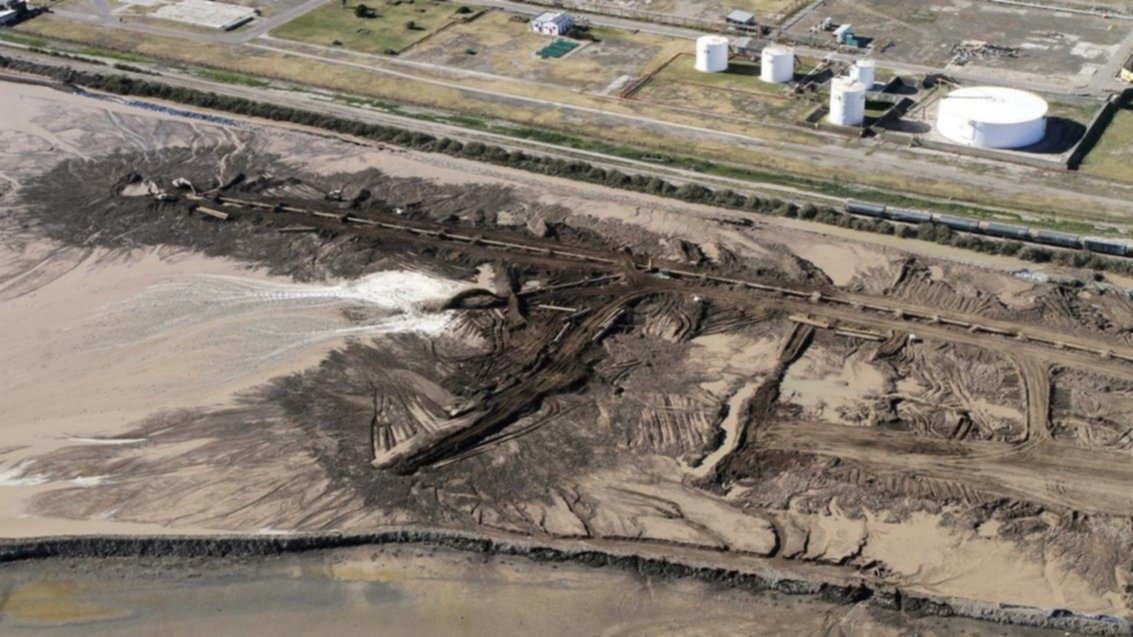 Gradually, the ambitious YPF plan for Bahia Blanca is shaping up.

This week, the official announcement of the installation of the barge at the local port for production and export of natural gas materializes.

Thus, the project announced by La Nueva at the end of September is specified and will mean that, despite the departure of the ship for regasification methane, the tankers will continue to be present at the local port.

YPF signed an agreement with the Belgian Exmar to install the Cangrejales barge that will allow it to produce and export LNG, starting in the second quarter of 2019.

The floatation unit is the Caribbean FNLG, which will be renamed Tango FLNG and will use gas from Vaca Muerta and other deposits located in southern Argentina.

This is the first experience of its kind in the country.

From February, he will be anchored at Mega's wharf, between Ingeniero White and Galván, where regasification ships have been operating for 10 years.

This barge will perform the reverse process of what was done.

Instead of importing liquefied natural gas in order to re-gasify it and to inject it in the form of natural gas to the main gas pipelines, the floating plant will be supplied with natural gas and subjected to the liquefaction process (reduced to 600 times its volume).

From September to April, when gas consumption in the country is significantly reduced, LNG will be transported in large methane tankers and exported.

The remaining year (May, June, July and August) will serve to ease the low gas transportation capacity in the north of Buenos Aires.

The LNG will be transported in methane tankers and they will go to Escobar, where a re-gasification vessel will turn it into natural gas and will feed it into the national system.

Thus Argentina benefits from the contribution of Vaca Muerta and reduces the need for expensive energy purchases abroad.

But this is the first step in the ambitious plan developed by YPF and which has its epicenter Bahia Blanca.

Although oil company representatives have indicated they are looking for a partner for new LNG developments in the local port, the reality shows that much progress has been made in this regard.

For example, in the area of ​​the third flammable post, the construction of the gas liquefaction plant in Galvan port was determined, in particular in a land reclaimed from the sea behind the former Eso Refinery.

The lack of official communications in this sense is mainly related to the amount of investment required: about $ 2 billion, something that is clearly not permissible overnight.

The place is already defined, it is now only to analyze what the floating plant will develop and then deal with what is related to ground installations.

On a large scale

The liquefaction terminal will be a large scale and will allow the export of 20 mm3 / day of gas.

During the mega port installation (between Galvan and FNGL Tango (now in China), YPF President Miguel Gutierrez said it was an initiative that would add value to the resource recovered in Vaca Muerta,

At the same time, he explained that the idea was to make the most of seasonal compatibility with northern hemisphere markets.

He added that this is the first floating LNG export project in Latin America and the third largest in the world.

Meanwhile, Nicolas Saverys, CEO of Exmar, a YPF partner in this venture, said the idea was to help the national oil company become a significant and reliable LNG supplier for the region and the world.

Both companies seek to export LNG to various international markets, including Asia, Europe and regional markets, to accelerate the monetization of large-scale natural gas reserves, to allow the arrival of new capital in order to explore and develop the important resources of Vaca Muerta.

The intention to build the liquor plant in Bahia began to be visualized in May when Markos Brown, executive vice president of gas and energy at YPF, said that studies are ongoing to liquefy the gas and transport it through the local port.

His words brought about a similar project proposed by the company seven years ago when he was in private hands, although in that case it was the reverse process, re-gasified in Cerri gas, arriving by boat.

In May 2011, when the city has not yet managed to recover (nor did it today) for the closure of two iconic industries such as the LG and LGera refrigerators, the YPF and the state, Enarsa has launched a new project.

The plan was intended to complete the dredging of the main Canal de Cuatreros, 13 feet (13.71 meters), the construction of two docks and one of the companies in the regasification area, with an estimated investment of $ 200 million.

Now the look of the oil company is not aimed at Cerri, but at a much closer point: Galvan.

There is no need for a new deep drawing, as the main channel already has enough flow.

Surely in the coming months will begin to reveal a skein of an industrial draft of proportions.