Red Dead Online will be updated with daily challenges, head hunters and will punish players with bad behavior 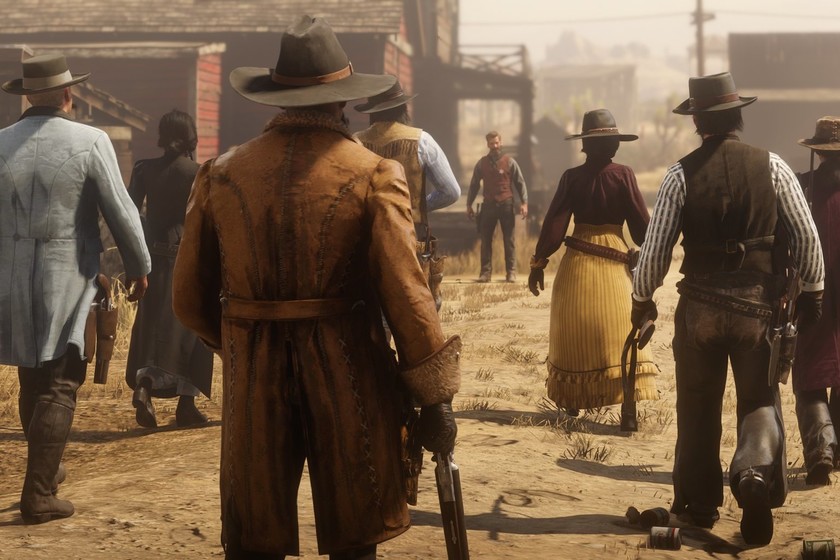 Red Dead Online, the online multiplayer mode of Red Dead Redemption 2, is still in beta since it began its journey a few months ago, and Rockstar continues to embody more features and new features than those that will come. February 26 thanks to a new update which you can download.

To prevent it the behavior of some unwanted players they eventually ignore the experience the game offers, some changes will be made to the icons that appear on the map. Thus, no one will know where another player is more than 150 meters away and we will only be visible if we shoot with our weapons.

Neither will they be able to see those who are in other cities or regions not to be a permanent hunting target. However, those who devote themselves to destroying other players without stopping will get a number of bad reputations this will make them visible to everyone, no matter where they are.

This bad reputation will increase by attacking other players or their horses, should have a more relaxed attitude to return to normal. On the other hand, establishing peace it will affect the whole band and also The dispute to participate in a confrontation with another group in a battle with dying by points.

However, players with a bad reputation will encounter a new threat head hunters, These AI-controlled characters will follow these types of players and the price they will put on their heads will be increased or decreased depending on the seriousness of the misdeeds committed by them. For example, the death of another player will be punished much more than an attack on a city.

In addition to all this, a good amount everyday challenges to get golden pieces and points of experience. Among these missions will be to find herbs, hunt animals, gain arguments or invade boats, for example. So players will always have new challenges every day,

Finally, the update will use to correct some open bugs, balance the damage to some weapons and improve many other aspects. So far, those who join the crew will gain twice as much experience in events and in all Free Mode missions, which is a great incentive to be open to the arrival of these developments that will try to make the Wild West more fun for everyone.

share Red Dead Online will be updated with daily challenges, head hunters and will punish players with bad behavior