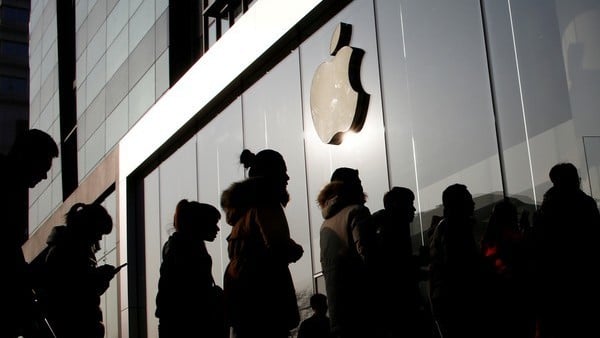 Against all predictions last year computers and mobile phones were roamingAfter six consecutive years of decline, global computer sales recorded a slight rebound, and mobile phones fell for the first time in category history. Analysts and private consultants note that the change in the global demand for computer equipment (laptops, desktops, servers and netbooks) is changing so surprisingly it generates a CPU deficiency (Processors). "It hit us hard," complains Germano Couy, the regional CEO of Taiwan's giant Acer.

The new scenario generates adjustments and opportunities on both markets. For example, in the processor industry, a key chip for the operation of personal computers. According to consultants IDC and Gartner, in 2018 About 260 million units were delivered, which represents a reduction between 0.4% and 1.3% over 2017. However, Mihano Kitagawa, a Gartner analyst, explained the reasons: "Just when PC demand began to produce positive results, CPU deficiency has caused problems in the supply chainAfter two quarters of growth, at the last moment he fell. He added that he expects a new growth this year, "if CPU availability improves."

The chief executive is Intel, the world's largest processor maker. Marcello Bertolami, senior director of the company based in the Silicon Valley, acknowledges this the revival of personal computers surprised them, "No one expected them to grow again," he said. As for the supply of chips and the prospects for normalizing the situation, Bertolami says his company has made investments "to increase production to meet demand, which is very solid."

Faced with a decline in computer sales in recent years, Intel has reorientated its strategy to the server universe. Bertolami illustrates that in 2011 PC processors account for 80% of revenue and servers and the rest. "Today's relationship is 50 and 50," he says. By 2019, this CEO designed a year similar to the previous one, about 260 million units. Others, however, say that another increase will be recorded with the increase in games, the renewal of equipment in companies, schools and homes.

Sebastian Novo, an analyst at IDC, agrees that the lack of CPU in the last quarter of 2018 has identified a slight decline in the market and that the problem persists. "We have to keep in mind that Intel is focusing its production resources on data center and high-end processors at the expense of low-end chips," he said. On this issue, the expert understands that this is "may create an opportunity for AMD to meet demand".

In this sense, Acer's Quy acknowledges that he is looking for alternatives to resolve the lack of stocks. "Our main provider is Intel, but we see other manufacturers like AMD. Faced with overheating demand, the shortage affected the entire product line and compounded all brands, he said. AMD is Intel's historic competitor in chip production. Headquartered in Austin, Texas, the company will try to take advantage of the hole to win markets, according to economicNicholas Canovas, his general manager. "The change in the trend surprised us but we had no problems with the production," said the executive.

The projections for 2019 are quite cautious. Most experts forecast a slight increase throughout the year, which will confirm the trend. Among other things, one of the factors driving the replacement is the lack of support announced by Microsoft for Windows 7 by 2020. Activating computer sales, however, does not mean returning to the better years. In 2011, the last year of growth in the sector, 365 million units were sent around the world. This is 100 million more than projected for 2019.

The lack of support for Windows 7 is one of the factors that stimulate sales of computers.

Consultant Enrique Carrier puts it in perspective. He defines it as "Jumping the Dead Cat"what's in the jargon of the stock exchange is known as the recovery of action, which is very difficult. "Computers will not disappear, but they will not return to the levels they were before," he says. "What has changed is the use, before it is a tool for entertainment and communication, and it is now more oriented towards productivity and work in companies and homes," said the expert.

As for brands, consultants emphasize greater concentration among leaders. According to IDC, the first place is shared by HP and Lenovo (almost 60 million units). Further, Dell (44 million), Apple (18 million), and Acer (17.8 million) are on the rise. Most importantly, the top three recorded a growth of between 2% and 5.6%, while Apple fell by 5.2% and Acer by 1.1%. Always according to IDC, the other brands, overall, fell by 8.3%.

The global decline of mobile phones was not so surprising. Counterpoint's consultant estimated that around 2020 million were sold in 2018, down 2% from the previous year. With high levels of penetration in almost all markets, high prices for top models and lack of incentives for replacement, leading brands (Samsung and Apple) are facing a difficult scenario. "Previously, the average consumer changed his equipment every 1.5 years. Now the term has doubled, "says Tina Lou, senior analyst at Counterpoint.

The value of the equipment and the lack of new features are two important obstacles, says Carrier. The consultant points out that "there are not many differences between the models 2 years ago and the current ones" and, on the other hand,, prices in the high range have increased remarkably, "The first iPhone phones cost between $ 400 and $ 500, and they're expensive, and today they're on average $ 1,000." According to him, the mobile phone market is becoming a substitute business. And consumers can not invest so much money in teams very similar to their predecessors.

However, the slowdown in global cell sales is unevenly reflected. In the first quarter of the year, Samsung's sales fell 9 percent and Apple's stalled. The biggest growth during this period was two Chinese and one Korean brand: Huawei (30% more than the previous year), Xiaomi (44%) and LG (32%). For analysts, the manzanita brand faces an uncertain future, which is reflected in a drop in the value of its shares.

LG and Huawei restructure their business in Argentina

Chaos and long lines for the Huawei promotion: 300 middle-class mobile phones at $ 1.

The slowdown in global mobile sales has changed the landscape of major multinational companies. Moreover, in Argentina, the impact of devaluation and recession has prompted greater concentration. 75% of sales (3 of 4 mobile phones sold) are from Samsung and Motorola, which today belongs to Lenovo. The most affected by the sudden change of landscape were LG and Huawei, who adapted their strategies to the new reality.

The case with Huawei is particularly impressive. With strong advertising investment, Chinese multinational began to produce cell phones in Fire Land in 2015. (in partnership with Newsan) and set up a sales office with 45 employees to occupy privileged positions. Due to the weak earnings added to the dollar surge, Huawei is analyzing how to proceed. "Because of the complicated scenario in Argentina, we had to restructure our business model," the company said in a statement, adding that "these changes are included review of agreements with local partners".

In this respect, LG continued to outsource its distribution and production structure to all product categories. At the end of last year, the Korean company announced alliance with Newsan, which will take care of the whole portfolio (washing machines, airs and televisions), excluding the commercialization of mobile phones that was left in the hands of Ohpic, the new company of Juan Villa, vice president of Huawei Argentina.

China's multinational organization does not decide which way to go. According to Galli, "Huawei's priority is to land in Brazil and India, two markets where they are not yet available." For the future of the Chinese colossus, which is also the largest provider of mobile telephony infrastructure, Gali is categorical: "They stopped production and they will resume as soon as the market stabilizes".

In addition, Huawei did not achieve the goal of leveraging strong advertising investment to position the brand on the local market. By the end of 2015, the company opened an 300-square-meter shop in one of the most sought after nooks in the center of Buenos Aires: Lavalle and Florida. In addition, contracts totaling $ 5 million a year have been signed with Boca and River appearing in the sleeves of the shirts. But not everything went well.

In 2016, the company launched a controversial promotion promising to deliver 300 mid-range mobile phones for $ 1 to the first buyers of the day. There were long rows, camps, and denunciations of alleged advertising.

Worldwide, Huawei is the fastest growing Chinese brand. Private consultants predict that in 2019 will replace Apple As the second largest producer in the world, according to Tina Lou, an analyst at Counterpoint. These trends add the overall delay of the category and the emergence of new businesses, which slows down the replacement of terminals, such as used market and repair of damaged equipment,

"The next technological leap is 5G because today innovation is limited to improving cameras and artificial intelligence," Sebastian Novoy of IDC consultants interprets. On the other hand, the specialist adds that "current devices are pretty advanced networks and communication infrastructure ", which postpones the purchase decision by users.

As with computers, cellular penetration has reached its peak. – The segment came in dynamic replacementGrowth has already disappeared at Chinese prices, and this explains to a large extent the decline in Apple's stock value, "said Enrique Carrier, a consultant.