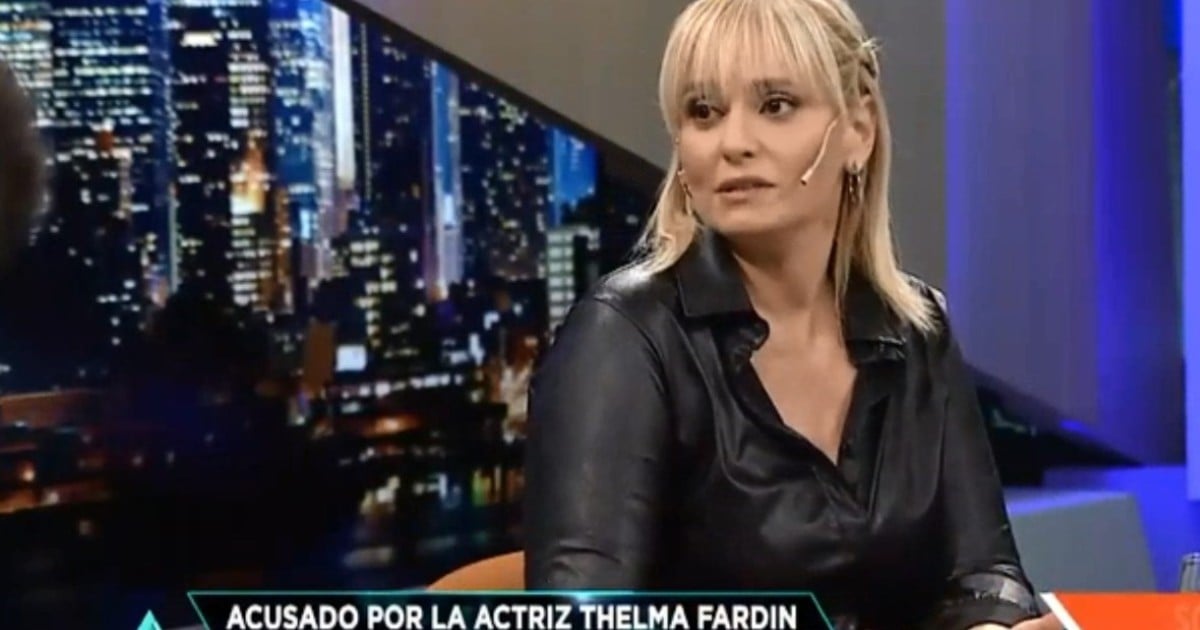 Romina Manguel's unexpected revelation provoked an excruciating moment in Animaleus Suelto when the journalist said she was systematically harassed by a powerful hero who was even invited to the program.

Speaking of the day's release, the accusation of Argentina's collective actresses against Juan Darts, Manguel was considered a victim and said, without giving details, two traumatic experiences in the journalistic environment.

– Guest came here he systematically harassed meThis young one, who is not there, but I want to know him, stayed next to me because he knew the situation since we got into the apartment until I got a taxi. He sat at the table. When I saw it, the truth I had never commented on, I had a relationship with the Tat for many years, so I asked him, please tell him what happened, I showed him the messages I had from this guy. And That did not leave me for a second. When we left, this guy followed meHe saw it. He offered me to take me and Tat said "no, he already has a cab", he took me and I went to my house. That was 3 months ago. "

But that was not all, because without a pause the story of another case that happened 6 years ago before the rest of the participants was affected by their words.

"He was a great man aged 39 or 38 and someone very, very well known… Ask me if I will report and I will say no. Because you denounce when you can, not when you want. I can not do it, I do not have the tools. This environment is very macho because patriarchy does not fall. Though today I think it's a turning point. And because they do not believe you. I'm telling you about it a very successful, good looking man who calls himself a family man and tells you that he has locked me in a studio. "

"I ask, please, do not start contacting people I worked with because I did not work directly. He locked me in a studio and squeezed me in the corner He asked the speaker and the radio to leave. Because there are many accomplices to make this happen. I was awesome, I think of a 16-year-old girl. I was 38 years old and could not react. I'm brave, say I'm brave, I'm sitting here on the table. I could not react I did not know what to do. Did the correspondent know? Probably. Does the operator mean? Because they say, "Leave me alone" and they surround me. Another friend of mine, I will thank him, but I will not say the name and he knows it, I think we spent four months in which he did not separate from me. And this very strong man told her all the time: "What's wrong, you're a bodyguard, can not you go alone?", If it happened to me that I am great, I have a lot of experience in the middle and I can not defend myself … "

"You know what you say that she searched for, provoked, so thank my friends for not being a feminist and this is the way I'm going to follow now, I'm not always going to your apartment, Tell me, I can go and that does not mean anything I can go to your house and that does not mean anything we can eat and drink wine and I will not even say this: we can be in balls at a critical moment and I do not feel that way it does not remain, at any time. "