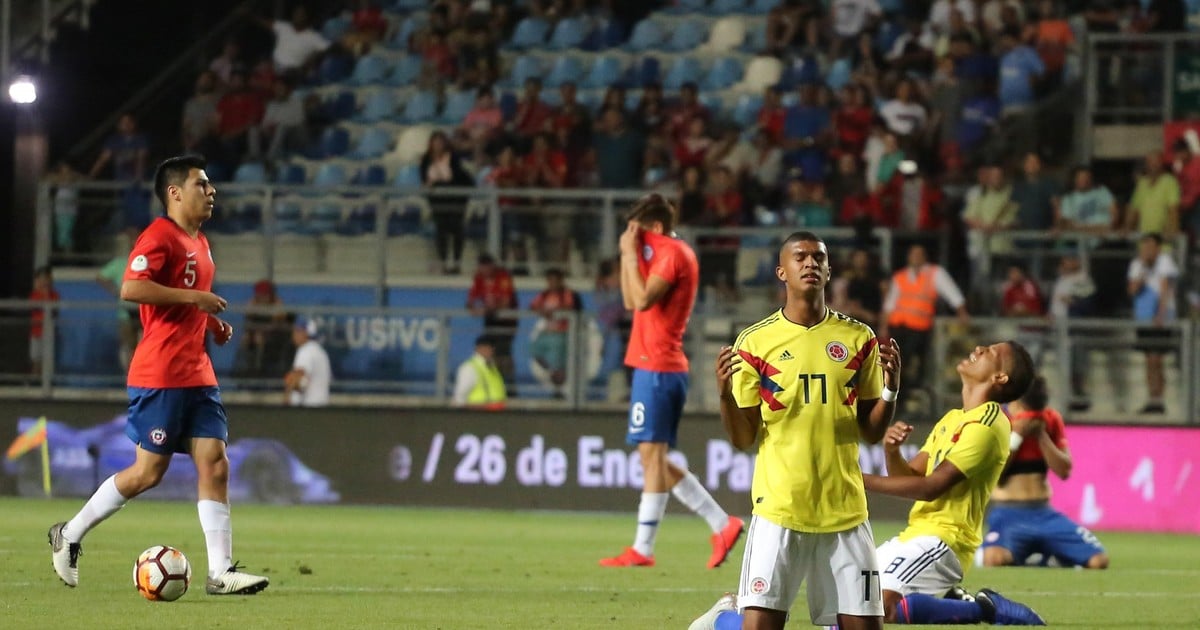 By the last minute, he had to wait for Columbia to be ranked in the U-20's final hexagon: defeating Chile 1-0 in Rancagua, securing a pass and eliminating the local. Brazil also passed that beat Bolivia 1-0 and remained second in Group A, which Venezuela won.

In the first round, Brazil repeated the poor performance it showed in its three previous presentations. Neither Rodrigo nor the great star – Santos is already hired by Real Madrid – nor his teammates managed to break the monotony, and the team led by Carlos Amadeu returned to show much less than expected.

A goal from Lincoln's penalty of 25 minutes in the first half was enough for the Brazilians to work hard against the stubborn Bolivian team led by Ramirez Vaca, who dared dream of a tie that did not come.

If there were not too many emotions at the first date of the day, the panorama was very different in the second match of the day that identified the latter classified on the hexagon. The ticket was in the hands of Colombia, which painfully eliminated Chile.

Local residents who needed equality seemed to have everything under control after the Colombians were left with ten to expel the talented Gadar Valencia.

But those led by Arturo Reyes did not give up, they reached the end and found their prize in the fifth minute of the second half when Carlos Questas scored the last 1 to 0 and paused at the El Tenignet stadium.

With these results Venezuela, a world sub-champion of the category, won the group with 9 points. Behind Brazil and Colombia, Chile (4) and Bolivia (1) came out of the final stage.

Group B will be set on Saturday and Argentina will try to get its ticket to the hexagon. The team headed by Fernando Battista will face Peru at 17.10 in the Estadio Fiscal de Talca. In the same scenario, Uruguay will face Paraguay at 19.30.

Ecuador, who will have a free date, has nine points and is the only one who is already qualified. The other two places will be challenged by the four teams, which are measured on Saturday. Argentina, which has 4 points and 0 goals difference, and Paraguay, which also has 4 but -2 differences. It starts with a minimal advantage but can not be ignored, because Uruguay (3 and 0) and Peru (3 and – 2) will eliminate them when overcome.

The final hexagon will allocate four seats for the World Cup 2019 in Poland and three places for the Panama Games in Lima, which are also held this year.