Telefónica and Microsoft have partnered to optimize communications networks 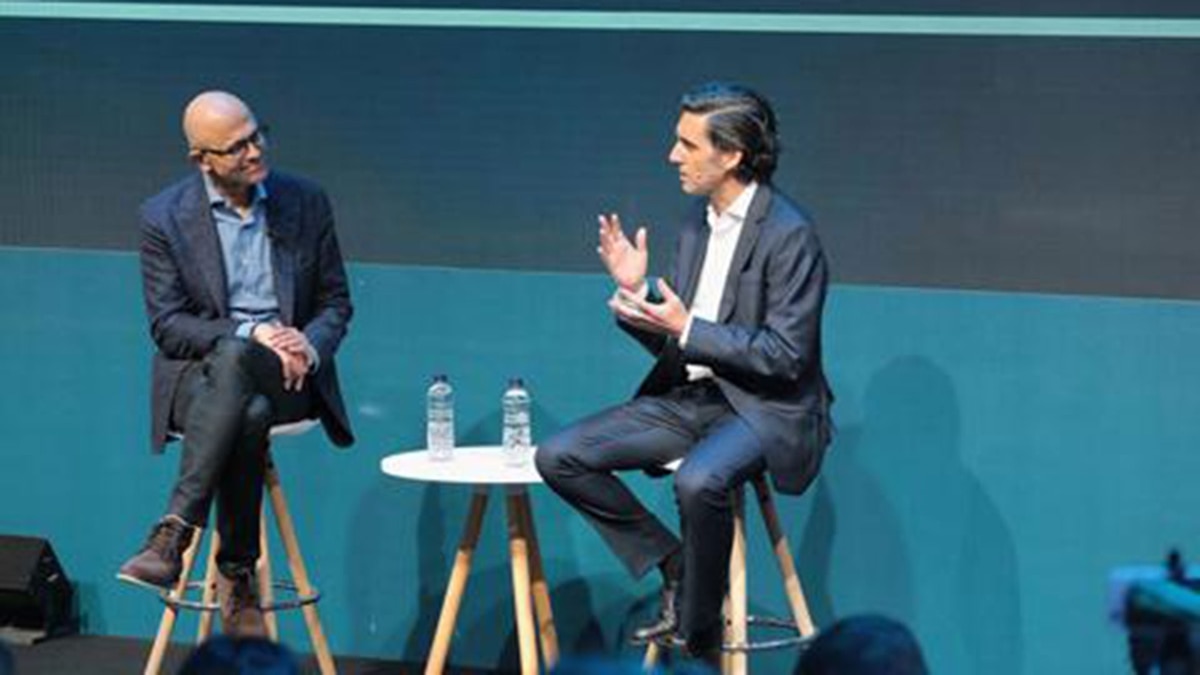 (Barcelona, ​​Special Envoy). Telefónica and Microsoft united their efforts to develop artificial intelligence, 5G and blockchain, along with other technologies. This was announced during the event at the World Mobile Congress held in Barcelona.

The basis for the agreement is the projects already done by companies in terms of data usage, as well as the so-called Fourth Telephony Platform on which services have been developed, such as Aura, a digital customer service assistant.

Under this new initiative, Telefónica's communications networks will be combined with the Microsoft Azure AI platform to generate new capabilities and future services.

"I think research departments of our companies need to work together," said Satya Nadela, CEO of Microsoft, at the event she attended. Infobae, "Artificial Intelligence needs to be democratized," he added. He describes the partnership with Telefónica as "a great example of cooperation".

This agreement has three main objectives:

First of all, the two companies will expand the use of Azure Cognitive Services (the Aura engine) to generate new experiences or applications in terms of customer service and business processes.

"We are already using AI to improve our customer relationship and we are happy to be able to cooperate with Microsoft to further exploit the potential of Azure IA," explains Jose Maria Alvarez-Palate, CEO of Telefónica.

In the latter case, it seeks to generate new interactive options for customers at home. The idea is to use Microsoft Cognitive Services and Azure AI Services with other Telefónica services.

In this sense, we will strive to create an ecosystem of applications, Aura Living Apps that are built on Azure and this will be done on all of Telefónica's home equipment. This will allow users to interact with connected devices in a more comprehensive way.

The third point of this agreement is this one Microsoft and Telefónica will work together to identify and develop opportunities to improve networks of the future. To this end, they will use a variety of resources based on Artificial Intelligence, 5G, Terminals, and Blockchain

As part of this agreement, it will be proof of the concept of seeing these solutions in action and analyzing the impact they have on the connected life that concerns the digital and connected universe.

As a result of this workgroup, Telefónica and Microsoft will implement an intellectual property model based on Microsoft's shared innovation initiative. During the meeting, both companies underlined their commitment to data processing. In this regard, it should be remembered that they store and use the data of users following the guidelines of the General Data Protection Regulation (GDPR).

"Confidentiality is a human right," Nadela said. He also talks about the importance of the ethical aspect that needs to be considered when developing algorithms to be safe, stable, and honest.