The consequences for Simeone came after his indecent gesture against Juventus 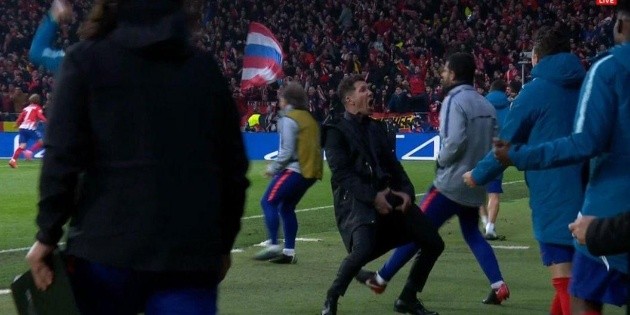 The UEFA Disciplinary Court and Diego Simeone have not exactly what is called a good relationship.

Cholo usually takes part in the controversy over his euphoric lifestyle, and he showed it once more in the match against Juventus in the first round of the 16th Championship.

When his team scored the first goal of 2: 0, the coach snatched his genitals exaggerated, watching his own fans.

This is a file "inappropriate behavior" was opened against the Argentinians waiting for a decision of the Ethics Committee before an unprecedented case.

Simeone apologized and explained the reason for what happened, making it clear that nothing was associated with Juventus in his celebration. But that's not an excuse, and the punishment can be strong.

Again to watch the games from the box, Cholo wanted …