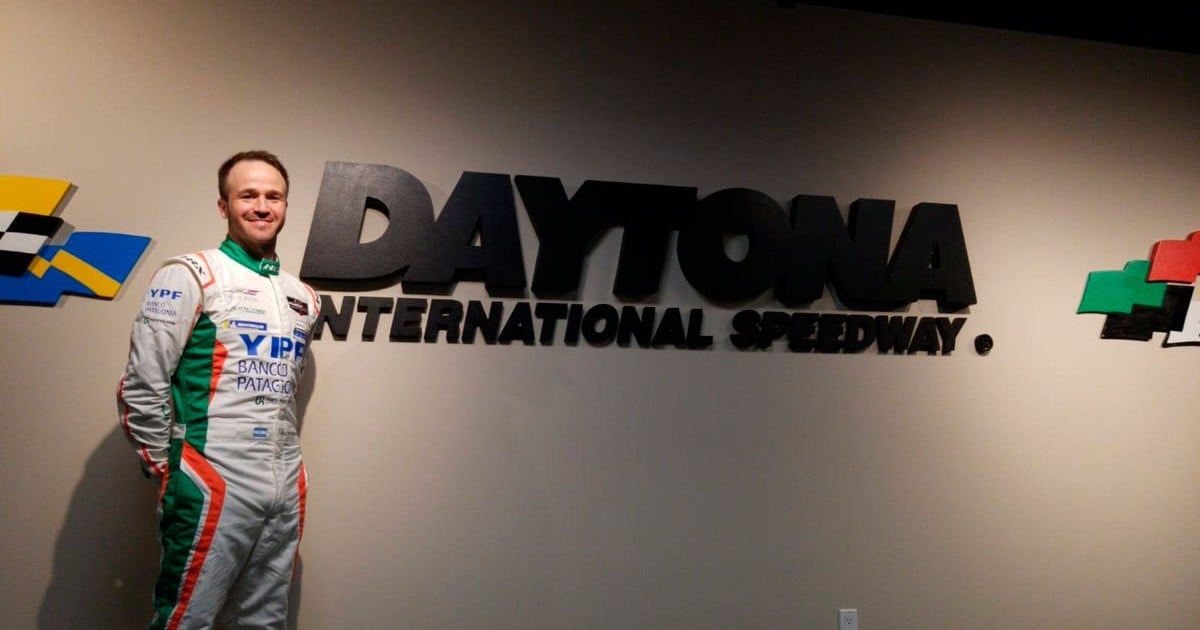 The wait is over. Although he has already traveled through this route and studied small secrets, he will be something else today. Perhaps only on his first comeback aboard the Cadillac DPi VR he felt something comparable, but he would not have the same sentimental level. This time you will hear a roar not only of this mechanical beast that will be taken from the wheel but also of more than 150,000 people who will fill one of the world's most iconic chains. Agustín Canapino will give the greatest pleasure of her life this Saturday when she starts at 4:30 pm In Argentina, 24 hours from Daytona, one of the two most famous long-term races on the planet.

So far, everything was a profit for the pilot, born in Arrecifes. Free trials and trials that confirm the best feelings and put Juncos Racing (a team with which TC's triple champion and owned by Argentinean Ricardo Juncos) will be in the mouth of many in the United States. A team of a debutant who, without the experience of several athletes, also managed to become the best of terrenales, private teams, those in which the pilots themselves keep their place.

The whole team faces a test that can definitely install them on the big stage of US touring competitions. (Photo: Juncos Racing)

What will be the first date of the SportsCar Championship, the most important tourist event in the US, Canapino will start seventh and drive the Cadillac prototype from the start of the race for being the leader of the best time team (1m34s679 / 100, only two tenths of Fernando Alonso, the former Formula 1 world champion). His teammates will be Kyle Kaiser, Will Owen, Americans and Austrian Rene Binder. It is worth making clear that although the start of the championship, Argentina's participation is now reduced to this one weekend.

Not only the Spanish double-highest champion in 2005 and 2006 will "represent" F1. there will also be Rubens Barrichello, Juan Pablo Montoya, Kamui Kobayashi, Alexander Rossi, Felipe Nasr and Christian Fatipaldi, but there will be some more in the other categories. This group and Agustin will work at DPi (Daytona Prototype international).

At 5,730 meters from the legendary chain (two-thirds of which are covered with the car at 31 ° cant), the first major goal is to finish the race. The goal is much wider than the usual tenths or even seconds. For the whole team that debuted in this type of racing, the last 24 hours will be successfulOnce this has been achieved, there will be time to judge in what position it can be completed. Judging by the time, it does not seem impossible to dream of anything unexpected: the policeman Oliver Jarvis (Mazda) was less than a second faster than Canapino. The key, however, is the resistance and at this point three of the four pilots will compete for this test for the first time. Both they and mechanics and assistants face the first big test of what they can do.

The competition is a whole ceremony. This will be done the night before the four hour races, so most of it will pass. No matter how good a driver is, none of them can be over the car for more than 13 hours, nor can they exceed four hours in a 6-hour period. If, as shown, Canapino is the fastest of the Juncos Race riders, not only will he be the one who starts the race but also who will finish it.

Regardless of what this Argentine demonstrates today (it will not be the only one, as Ezequiel Pérez Companc will compete for the third time in the GTD class on the Audi board), it has already earned great respect. For example, Felipe Nasr told the Carburando media: "I was very surprised to come here, demonstrating my speed and having a good future."

Canapino himself said: "We were only two tenths of the official team's best caddy, we were far above the private, with a good margin. For a team, a car and a new driver, this is far superior to the one presentedI learn and improve myself with every song. We will have great experience and the best possible result. "

Now is the time for the big test. The one who had a lifetime of Candapino. The good thing is that the career of your dreams, if everything goes well, will last for at least 24 hours.