The market wants a political response 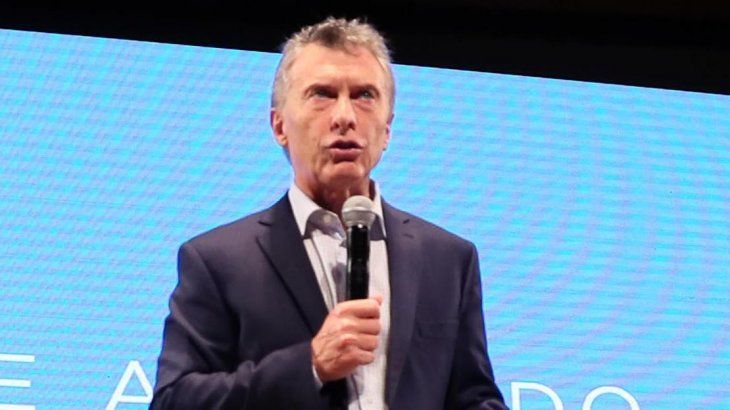 Among the most informed operators on the market were the version that circulated local energy groups with a capacity for diffusion do not agree with Mauriceio Macri's continuity in a second term, "Now the problem is not only Kristina (Fernández de Kirchner), but Makri no longer guarantees that she can avoid the return of populism and that it has disappointed the business community"according to him is exceeded.

In the same line of rumors, the expectations of these groups, as stated, is that the presidential nomination is for the Governor of Buenos Aires, Maria Evgenia Vidal, as was clearly demonstrated in support of the country's main businessmen at the lunch CICPP offered to the president.

"I would not be surprised if the main business groups in Argentina are also looking for a figure in Peronism that guarantees the right transition of the economy, like Governor Juan Schiaretti," was also heard at the tables.

Others, less extremists, believe that the government can soothe the spirits by showing greater political openness, with gestures such as the relocation of Chief of Staff Marcos Penya, one of the men who most advocate the encapsulation of the national administration .

From a technical point of view, on the other hand, the government can not do much. The Treasury Palace could ask the International Monetary Fund to intervene massively on the market (not with the $ 150 million limit currently in force) if the parity exceeds 51 pesos and in any case tries to protect that limit. ,

Although this is an alternative that is not within the agreement with the multilateral organization, information from Washington shows that on a large scale stress The Fund may agree to provide the Central Bank with more freedom of intervention. After all, after providing $ 57,000 million in aid, the IMF is interested in as much as the government as the program does not fail.

"This slows down the pace that allows the dollar to rise, and then the central bank puts billions of dollars on the table to lose money from those who bought high rubbish and restore authority," they explain on the stock market.

The problem is that time is playing against the government. With the dollar rising, the expected slowdown in prices is blurring, and inflation is likely to rise in May if the currency continues to rise. Higher price indices imply greater wage cuts and hence the prospect of an electoral defeat for the government that would regain dollars and thus feed the vicious circle.

Most experienced market operators say the government needs to give a quick political response, but they doubt they have enough reflexes. And the background – a year of crisis – shows that the administration is failing time.