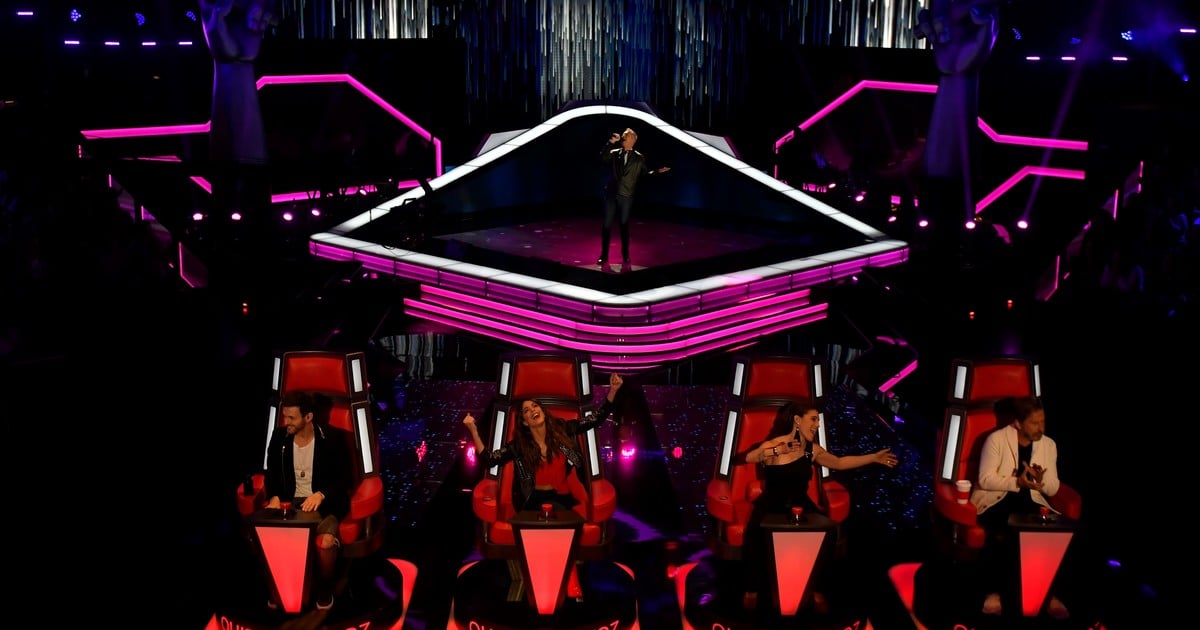 The most successful reality of the moment continues to progress. This Monday begins a new phase in La Voz Argentina (Telefe at 21.30) in search of a winner. The week starts with the playoffs, where each program is presented by the participants in a team, competing with each other.

Artists sing singly and only four players from each team will go to the final stage. Each coach, after listening to all the performances, must select two of his team members who will be directed directly to the live performances. The other two are chosen by the audience.

Artists sing singly and only four players from each team will go to the final stage. Each coach, after listening to all the performances, must select two of his team members who will be directed directly to the live performances. The other two are chosen by the audience.

On the other hand, participants experiencing scenes find more surprises for their initial career. Eight of them will have the privilege to take part in a tour of the country. The beginning of this musical tour will be given in a dream for every artist and with an amazing show on December 19th at Teatro Gran Rex,

Participants who, with their talent, knew how to conquer Argentinean public night after night, would face a new challenge. This time not only to conquer the coaches with their performances so they can be selected and continue in the successive stages of the program, but they are now also trying to be part of this impressive tour.

In this frame, the program's favorite voices will show all their touring talent across the country.

Out of the 15,000 selected from the nationwide production, in strict casting, only 170 have arrived at the start of the cycle. Of these, they appeared on stage and the jury (Soledad Pastorutti, Axel, Tini Stoessel and Ricardo Montaner) chose 80.

Then, in the battles of two, the jury had to leave half of the participants on the road.

The next step, which ends this week with "Knockouts", in which two players compete, each with a chosen song, for a place in the next round.

Life stories also begin to weigh, beyond the talent and technique they can demonstrate in their performances. With hard work and sacrifice, the aspirants dedicate themselves as the best voice in the country, progress to extreme cases, beat other participants, but are also superior.

The final stage of the competition will be live shows, where candidates will have to give everything to convince the public that they will vote for their favorites.

To all that is added now, the great opportunity to act in a place like Great Rex and keep going around the country. A lot more adrenaline for a program that focuses on both talent and emotions.