These are the 25 richest families in the world 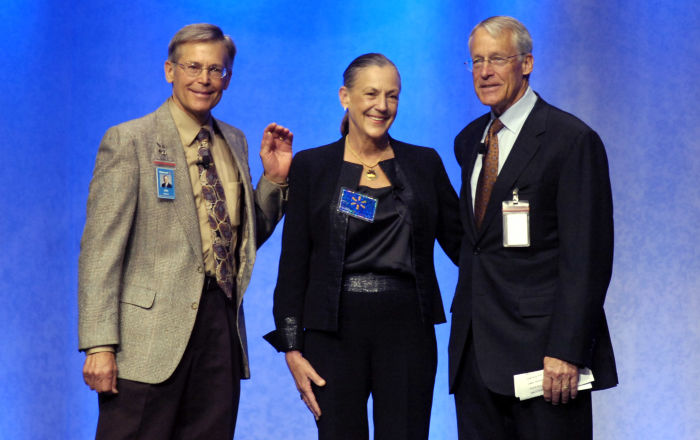 Bloomberg has released its annual list of the richest families on the planet. Together, these dynasties control wealth equivalent to $ 1.4 trillion, a figure 24% higher than in 2018.

The United States is the country that appears more than once in the list. Of the 25 multi – million families listed by Bloomberg, nine of them are Americans. The richest in the North American country control the greatest wealth in combination since 1929.

According to Bloomberg, "The number of dynastic dollars is not an exact science," as assets backed by decades, and sometimes centuries of assets and dividends, can obscure the true extent of the family's assets.

"The net worth of Rothschild or Rockefeller, for example, is too diffuse to evaluate. Clans whose wealth cannot be verified at the moment are also missing," the media said.

In total, the richest families on the planet now share a common heritage 250,000 million higher from last year. However, not all of these billionaires are richer than the previous year. For example, the German Quand family dropped eight places and is now 16th on the list. Dassault, Duncan, Lee and Hearst disappeared completely from the list.

These are the richest families on the world:

Lucky for the owners of Walmarton retail chain the largest in the world, it grows four million dollars every hour it passes. This is, for one day, the collective wealth of Walton It is raising about $ 100 million. The family already ranked first in the list of Bloomberg In 2018, it saw its assets increase by $ 39,000 million in the last year alone.

The $ 37,000 million increase in the collective state of Mars last year placed the family second among the richest on the planet. The company Mars, incorporated is a manufacturer of Food known throughout the world, including the good ones M & M is, skittles game, Snickers and Twix.

Although coming down from second to third, this family is involved in the business of butter It has increased its wealth by 26,000 million since mid-2018.

this 87 year old monarchy, which gives its name to its country, owes its enormous wealth to the incomparable oil reserves located in its territory. He looks at the list for the first time. According to BloombergIn fact, the total wealth, controlled by 15,000 members of this family, is probably much greater.

The brothers Allen and Gerard Wertimer are the owners of Coco Chanel, one of the most iconic brands of fashion world, founded by his grandfather in 1920. Last year alone, they earned more than $ 11,000 million.