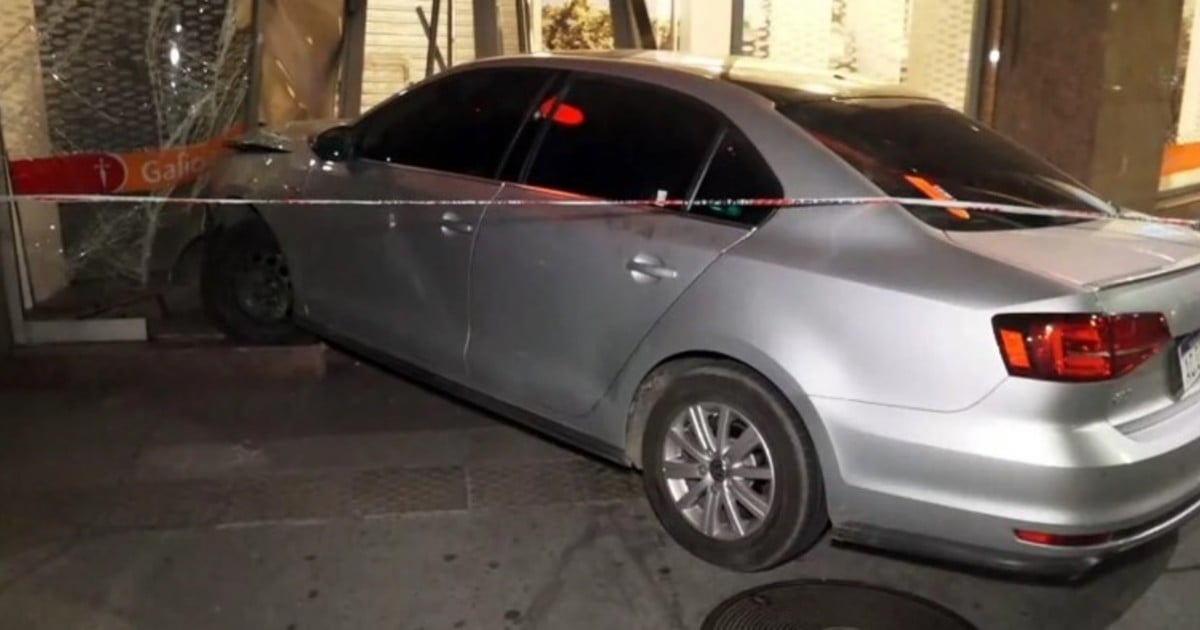 A car in which three criminals fleeing the police were shut up this morning at a bank in the Almagro area.

The incident occurred around 2 on Tuesday. The thieves moved down Avenida Rivadavia to the west, and were warned by the police presence that tried to turn sharply into Boedo.

VW Vento, which is ultimately built in front of a bank at Almagro. (TN)

In the maneuver, the driver loses control over the Volkswagen Vento, which is built into a bank branch in Galicia, located at the corner.

It all started after one o'clock in the morning when a 23-year-old boy got on his Peugeot 208 and three men aboard the gray Volkswagen Vento took him to the corner of Laval and Ecuador in Balvanwara. His wallet was stolen with personal papers and 4,000 pesos in addition to his car.

A patrol car alerted to this situation deployed the car at a block in Laval and Jean Jaures, where the offenders tried to attack a pair and began chasing after leaving the Peugeot 208.

According to police sources VW Vento collapses in the corner of Rivadavia and Boedo. The three of his inhabitants escaped on foot but continued with their criminal attack.

In Don Bosco at 3700, a hundred meters from the crash, a 75-year-old retired is robbed of his Toyota Corolla and his wallet with 4,000 pesos to escape without being caught.

Investigators have not decided this morning if VW Vento has been stolen, although it is suspected. Moreover, although the versions for which the thieves carried a strong amount of dollars, the sources denied it.