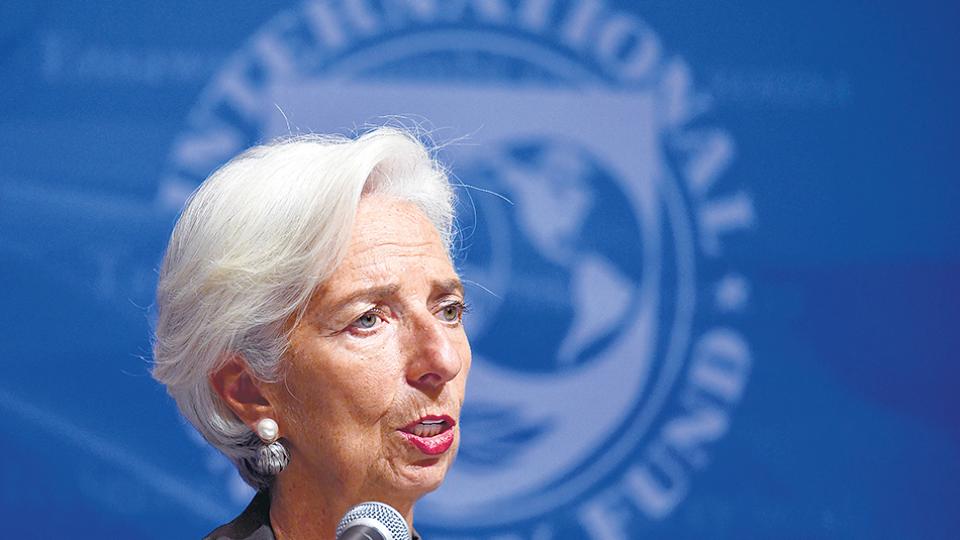 The fall in central bank reserves will continue for at least the next fifteen days. The decline will only stop when you enter the third installment of the agreement with the International Monetary Fund. "Between Christmas and New Year," which was designated by the Penthouse to indicate the expected date for the $ 7600 million loan transfer, provided that a rigorous adjustment program and reform is in place. Although the members of the multilateral authority have given their approval at the end of last month, the IMF Executive Board still has to finalize this assessment to complete the operation. This meeting will be in eight days.

"The payout will happen after the directors meet to analyze the second review of the stand-by arrangement," they recall in the body headed by Christine Lagarde before consulting this newspaper. Hours later, the IMF announced on its website that the meeting will take place on Wednesday 19 December. At the same meeting, the Fund's authorities plan to assess the financing arrangements with the Central African Republic and Gabon. Thus, the third amount will be finalized, as noted by the associates of Minister Nicholas Duhovne after Christmas. With this transfer, about $ 28,000 million will have arrived from the Fund, which is equivalent to half of the loan agreed with the agency.

Currency entry will offer a limited bracket for the fall of reserves. In the absence of real sources that allow the Central Bank to accumulate foreign currency, and in the scenario of increasing financial instability, debt maturities will quickly expend the resources allocated by the international organization. "Reserves will continue to fall because we have debt maturity, and reserves are used to finance, for example, the energy that the Treasury is paying in dollars," the BACP said before consulting the newspaper. Shares of the monetary authority yesterday reached 49,844 million dollars. This figure represents a decrease of $ 221 million compared to last Friday. The decline in reserves reached $ 4196 million from October 30, when the IMF's previous allocation amounted to $ 5631 million.

The economic team's stake is that IMF funding will cover most of the expected debt maturity in 2019. Although slowing down from the recession of the Central Bank's monetary contraction and rising interest rates, exchange rates are a latent risk for the fragile official strategy. "With each tranche of IMF loan funding we will add reserves, and then they will fall back until they get back in. This is a pay-as-you-see-the-money-financing program is not a topic to worry about "There is nothing new," assured Central Banker Guido Sanderis.

"External obligations have shrunk over these years and the IMF agreement will be a burden for the next administration." A significant part of GDP, and in particular the dollar generated by the country, should now be used to repay foreign debt that does not contribute to generate its own repayment capacity as it was used to finance empty goods, "economists Pablo Wahren, Martín Harracá and Andrés Cappa warn in a report published yesterday. "The agreement with the IMF implies a massive loss of sovereignty in economic policy, as it suggests reconciliation, only in 2022 and 2023 the body must be repaid at $ 55,000 million," analysts from the Observatory of Economic Conjuncture and Public Policy claim.