Withdrawal following the withdrawal of the complaint … 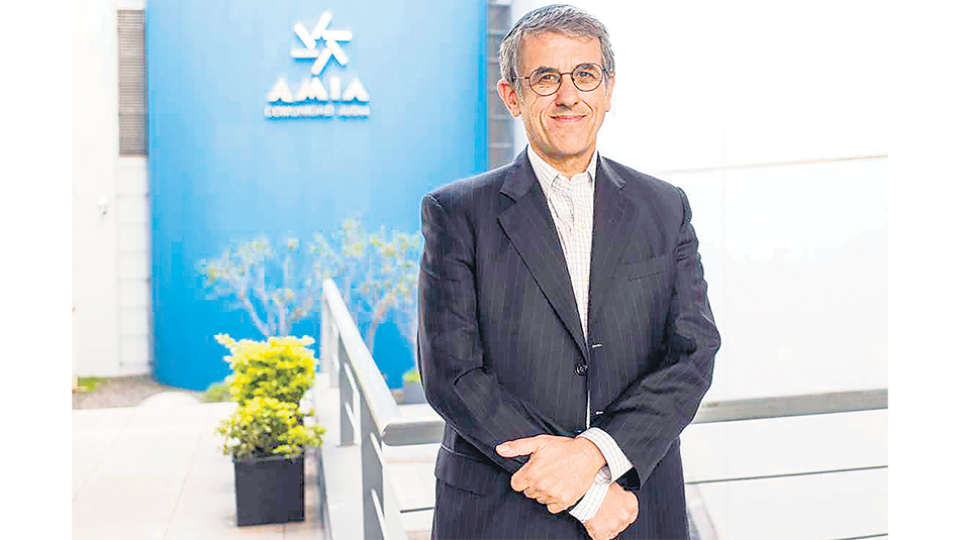 AMIA Chairman Agustín Zbar filed a license application yesterday at dawn. Obviously, in its current Orthodox united religious block, the mess that has been gathered with the dissemination of the letter to DAIA has been dropped, with the request to give up the charge against former President Cristina Fernandez de Kirchner for signing the Memorandum of Understanding. Understanding with Iran. The leader of the current rabbi, Samuel Levin, is opposed to participation in politics and encourages the abandonment of the complaint, but public dissemination is unacceptable because it is opposed to what is sought: strong political participation. Since religious orthodoxy works as a disciplined army, Zbar sends a letter of self-criticism, taking responsibility for everything when it is known that he has not taken any steps without the rabbi's approval. In addition, he used the solid arguments of the first judge in the case of Daniel Raffaek last week when he claimed that there was no crime in the memorandum: it was voted by Congress and, above all, it was a treaty that never came into force, so that they can not have legal consequences.

Shar will be replaced by Vice President Ariel Eichbaum. The request for a license – a virtual resignation – is due to the convulsion produced by the letter requesting DAIA to drop the complaint against the former president. Interestingly, the President of the AMIA accepts the sign of the letter to DAIA, Eichbaum, but this shows that the power behind Eichbaum is Zbar, and that the power behind Zbar is rabbi Levin.

The religious word that has the last word is Rabbi Levin, nothing is affected by the interference in national politics. After the Sabbath, Levin seems to have told Zbar – actually in Israel – that it is unbearable that such a scandal should be created as a result of the public dissemination of the letter. So Zbar has no border to counter, and therefore, according to the Jewish news agency (AJN), has requested leave at 2am in Argentina.

"I misunderstood that it was better to keep the community of a national order political contest that this cause at the stage of the oral procedure would continue without the community's involvement as a plaintiff," Zhar said. That is why we are making this request to DAIA. Far from my intentions was to wash away the responsibility of the killers and all their accomplices. I just wanted to emphasize that in the future the state itself will pursue the verdicts. "

Zhar concluded: "I am very sorry that this request has brought more pain, anger and divisions. I assume that I am entirely responsible for the error, I apologize again.

With this move, she strives to ease the pressure on DAIA but is marked as a court. It is a fact that President Jorge Knoblesk convened a meeting for May 6, during which the withdrawal of the complaint in the case of the Memorandum of Understanding with Iran would be discussed, in which DAIA sponsored the charge against CFK. for treason. In DAIA, there were those who insisted not to participate in the case, among other things because the memorandum never came into force, it was a political decision voted by Congress, and there is no precedent in the world that the leadership of the Jewish community was criminally rejected for the whole government. In addition, there is some fear that if the cause is shipwrecked – something that will happen sooner or later – there will be strong economic claims for defamation and insults, damages and losses by the accused. Some even assumed that Supreme Court Chief Carlos Rosenkranz, closely related to Sbar, told the President of AMIA that the dossier had no future.

Today, the case has been brought to court after incredible manipulations made at the Comodoro Roo building, including the removal of a judge from the retracted court. One step in progress is to prevent former Interpol General Secretary Ronald Noble from declaring whistleblows. It must be the first time in history that the leadership of the Jewish community – in this case, uses two relatives of the victims of the attack they are responsible for – accuses the senior Interpol official. And they do it against Noble, a hero of the World Police Headquarters, an American and former head of the US Secret Service.

Kasada Rosa has set up all of her bishops to work against Zbar – Deputy Chairman Waldo Wolf, Ministers Patricia Boulrich, Claudio Avruge, Rabbi Sergio Bergman – since the macr must continue with CFK in the dock of the accused or to do so. There is also a geopolitical reason: aligning with Washington has led Casa Rosada to do homework, to keep an eye on Iran, supporting Donald Trump's daily donors against the regime in Tehran.

The reality is that Nissman's death file collapses because in four years they have not found a suspect or remnant of the alleged Iranian-Venezuelan-Kirchner commando who committed the non-existent murder of the prosecutor. The same is true of the reason for the memorandum, which, as Zbar said last week, is an out-of-court settlement.

However, for the ruling party, the transcendental thing is that they can continue to use these files – encouraged by the US and Israel's right to continue their campaign. This is an attempt to cover the economic catastrophe of tariffs, a fall in real wages and pensions, a collapse of activity in favor of some of the richest parts of society.