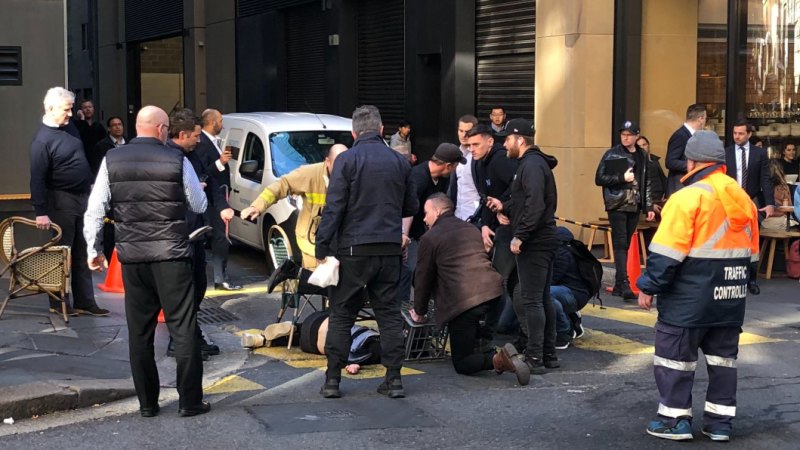 "He is not currently classified as a terrorist incident," Mr Fuller said. "As the investigation continues, we will re-evaluate it."

Mr Fuller said a woman of 41 was stabbed in the street and a woman of 21 years found dead on the block.

"All the information we have would link these two crimes," he said.

He praised the three people who made the arrest of the citizen and said "it would be horrific carnage in and around this area" where Mr Ney "put a large butcher knife and was obviously dangerous."

Mr Fuller said that "Mr Ney's story is remarkable in comparison to the gravity of the crimes he committed."

Police are currently investigating the crime scene in Western Sydney, where Mr Nay lives. Mr Fuller said police would investigate whether the incident involved drug or mental health issues, but "it is a horrific crime and he has to pay for it."

They will investigate the last 12 months of Mr. Nay's life to find out why someone who lived with their parents and "turned their lives around" will become "someone who is capable of such horrific crimes."

Mr Fuller reiterated that police are in the early stages of the investigation and that they will continue to look for other crime scenes.

"It's early and in an hour we can get active here with a different story."