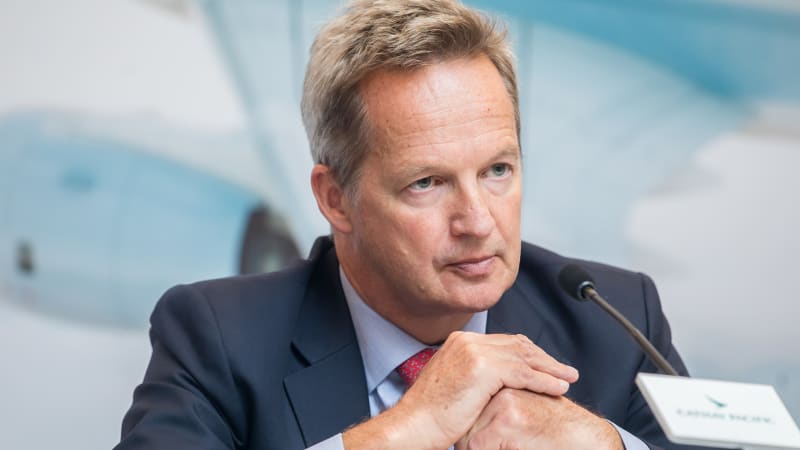 Mr Hogg said these were "challenging weeks" for the airline and it was up to Mr Loo and him to take responsibility as the company's leaders.

On Monday, he threatened employees with "disciplinary consequences" if they engaged in "unlawful protests".

Cathay, who has been under pressure from China's aviation regulator, said he is fully committed to Hong Kong on a one-to-two systems basis and is confident that Hong Kong will have a great future.

The airline has become involved in crosswalks between Beijing and pro-democracy groups at the Asian Financial Center after some of its employees participated in protests in Hong Kong.

Cathay suspended the hiring of two pilots this week after being ordered by a Chinese aviation regulator to terminate personnel involved in the protests.