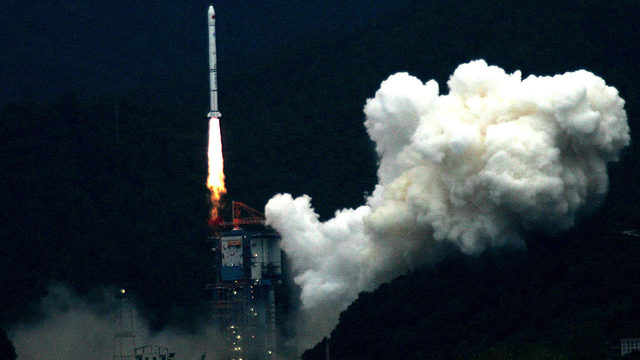 A scientist from the University of Central Florida is in Washington, D.C. Tuesday to explain why renewed interest in traveling to the moon could also trigger a geopolitical crisis with China.

Last month, China announced it landed an unmanned capsule on the far side of the moon. The concern is that China's lunar exploration could disturb what the United States left behind during the Apollo missions from 1969 to 1972.

"When the rocket and the lunar lander the size of the lunar module lands on the moon it blows the soil – literally – completely around the moon," said UCF Florida Space Institute scientist Phil Metzger.

A few years ago, Metzger worked with NASA on a proposal to protect Apollo sites as landmarks. That way, private companies headed to the moon would be clear of those spots, so dust from their landers does not cover Neil Armstrong's famous footprint or knock over the American flag.

Metzger put together a two-kilometer "no landing" radius to keep the sites safe. Then in January, China landed on the far side of the moon.

There is a national treaty that no nation can claim ownership of the moon, but Metzger is worried China will start creating wider and wider radii to protect their landing sites, preventing other countries from landing on key spots.

The Outer Space Treaty, in which no nation can claim ownership of the moon, is largely symbolic. Any nation can withdraw from the treaty with only a year's notice to the international community.

Also, the moon is full of money: There is oxygen for fuel and vast mineral resources that, if mined, would produce more revenue than the entire gross world product of every nation on earth.

"They're prospecting for resources," Metzger said. "I would say these locations are the most valuable real estate in the solar system."

Metzger is addressing his concerns in Washington, warning that there could be a new space race on the horizon.

"I would say most leaders are asleep on this issue, because it sounds like science fiction. We need to make sure one country does not grab it all," Metzger said.