Ballerina with a bow and arrow 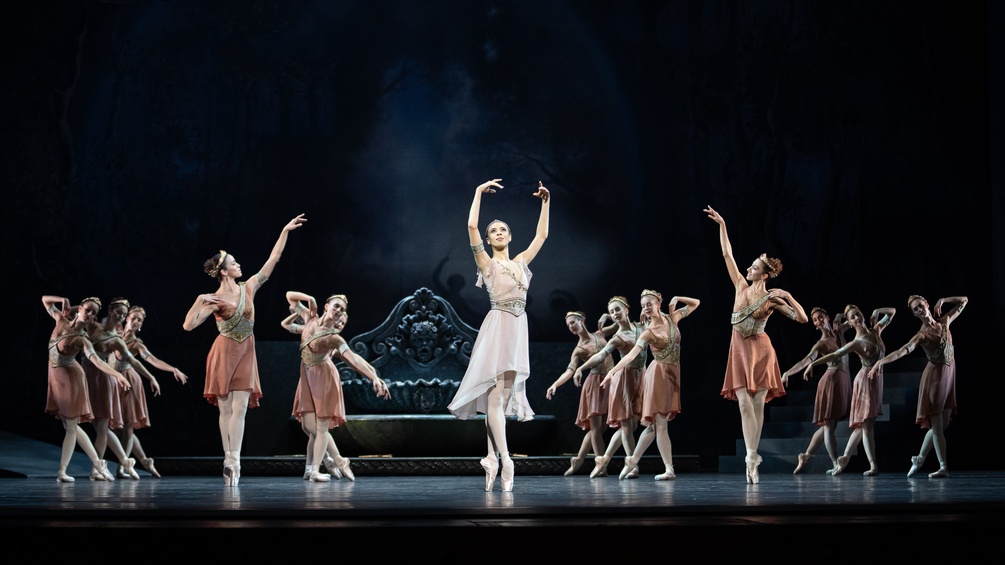 Ballerina with a bow and arrow

A classical ballet, but relatively rare in the repertoire, aired on Saturday at the Vienna State Opera: "Sylvia", premiered in Paris in 1876, enjoying great popularity mainly because of the music of Léo Delibes. The Ballet Director Manuel Legris now presents his own version of the work – and thus the second complete choreography at Haus am Ring.

If he had heard this music before, Peter Ilyich Tchaikovsky should have said respectfully about "Sylvia" if he had never written Swan Lake. And indeed, some of the less popular musical themes of Léo Delibe "Sylvia" seem just as familiar as Swan Lake which was created at the same time.

"Sylvia" became known only in 1950 by a new adaptation of choreographer Frederick Ashton for the Royal Ballet in London. On the other hand, Manuel Legris, director of the Ballet State Ballet of Vienna, saw the work as a student at the Paris Opera. This is the original, "Sylvia" French tradition, which has influenced it, Legris now also follows a revision for the Vienna State Opera.

"This ballet theme is very modern," said Legris. "It's about strength and love, and even after we decided to present it classically, it's contemporary."

Very modern, namely as a hunter with bows and arrows, arranges the ballet for later the condition of also the woman in the scene – led by the nymph nymph, who in the service of the hunter goddess Diana and for the tender progress of the young shepherd Aminta does not accept. Meanwhile, he was kidnapped by Orion villains, but in the end, the god of love Eros became everything. Romantic-antique fabric with a strong woman, who can also be described as a ballet partner for "Valkyrie", said Manuel Legris. He also saw much of Richard Wagner's influence in contrasting Delibes music.

"This score comes in many different directions: Once the music is light and romantic, then it's almost brutal, there's a lot of creative freedom in it."

After "Le Corsaire" two and a half years ago, Manuel Legris now presents his second complete choreography with "Sylvia".

"I also did it, because I really enjoyed my time with my dancer in the studio, where I was facing them not only as a ballet director, but as a choreographer," said Legris. "This is a different kind of work, and after eight years in this company, I found that assets and experiences are great."

A good experience must be done with "Sylvia" as well as all romantic ballet lovers – for many beautiful and beautiful things, but also strong moments, both visually and music, are definitely taken care of.