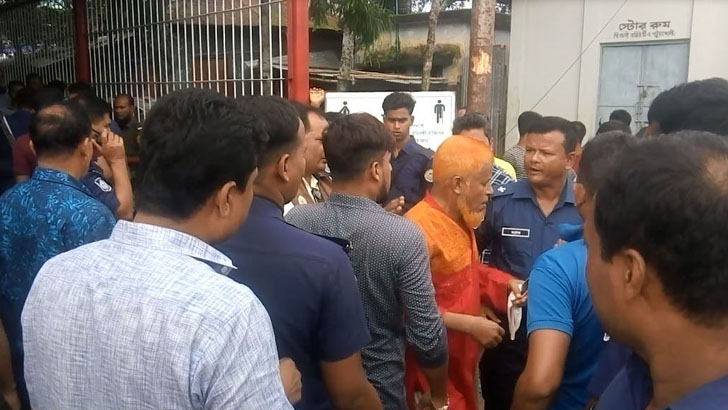 Attack so you don't get the launch booth. Photo: Jugantar

Kaniz Sultana Helen, a deputy for women's shelters in Patouhali, demanded a VIP cabin at the launch of Gazi Hafizur Rahman Sabir and his men.

The incident happened at the La Ptuahali launch terminal around 3.30pm on Saturday.

The wounded SM Farooq is an advisor to Ward 2 of the Patuahali Municipality.

Injured Farooq and eyewitnesses said that after the Eid holidays were over, in Patuakhali Launchghat a crowd of travelers had been growing in recent days. On Saturday, three start-up passengers from Patoakhali left for Dhaka.

At 5pm Sundarbani-3 and Kuakata-1 arrive in Patouhali Gat to pick up passengers. Suddenly, Gazi Hafizur Rahman, who came to the ghata with people, demanded a VIP cabin, according to Conservative MP Kaniz Sultan Helen.

But the cabin was not empty at launch because of the additional passengers. Thus, they failed to meet the leasing requirements. They were furious and beat Farouk and his son and Suman.

After the incident, some of the start-up workers took a stand for the injured. The clash between the two sides began. Later, police came and took control of the situation.

Accused Hafizur Rahman said the woman had been sold to another man in exchange for money for Elena Helen's VIP cabin. So there were problems. Farooq was not beaten. On the contrary, the people of Farooq beat up Ratan and my brother Shub's son.

Deputy Kaniz Sultan Ellen, meanwhile, said he did not want a cabin or asked for a cabin on Saturday from anyone.