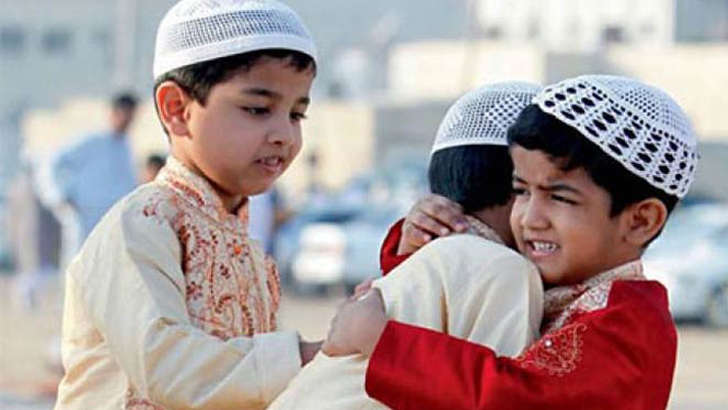 Today is Aid al-Ajah Monday. This is one of the great religious holidays of Muslims in Bengali society, also known as the "Eid of the Sacrifice." The holy Hajj was completed on Saturday.

Eid al-Azha is celebrated in Saudi Arabia yesterday according to local Hijir month. Today, pious Muslims in the country will be sacrificed in the name of the great God after the prayer of Eid, with the glory of the sacrifice.

Muslims around the world sacrifice their lives in the hope of receiving the blessings of Allah. However, 8 and 12 Zilhai are also sacrificed.

Those in need of livelihood in the capital Dhaka or other parts of the country, many have returned to the same village. Millions of people have gone to their loved ones to share Eid's joys.

Due to the panic of dengue, however, the inflow of people to the village is slightly smaller than in other years. Money is widespread among people across the country, including in the capital. Yet in the hope of pleasing Allah, they suffer and go to the village to sacrifice.

This commandment from God was a test for Abraham. He endured the test with all the preparation for the slaughter of his son at the request of Allah.

It is stated that when Ishmael's son blindfolded and ended the slaughter, he opened his eyes and saw the animal being sacrificed instead of Ishmael coming from Allah.

It is in Islamic Sharia that the sacrifice of the sacrifice came through the slaughter of animals as a justification for Abraham, remembering this historical event. According to this, it is imperative that every able-bodied Muslim sacrifices animals.

In these messages, they wished Eid to his countrymen and wished prosperity and peace throughout the Muslim Ummah, including the nation.

The buildings of state, semi-governmental and autonomous institutions were illuminated on the occasion of Aid-ul-Aja. National newspapers publish special articles.

Eid-ul-Fitr will be served in hospitals, prisons, orphanages and children's hospitals.

This morning, Muslims will perform two prayers of a raj wajib at a nearby Aidha or mosque. The Khatib prayers will emphasize the importance of the sacrifice. Everyone should pray together and exchange greetings, whether rich or poor, side by side.

A number of Eid prayers will be held in the capital Dhaka. The main church will be held at the Idaho National Maidan at 7:30 in the morning. Eve

Members of law enforcement, including the RAB and the police, will be under constant surveillance to ensure the security of the church.