The case against the police, including Osis 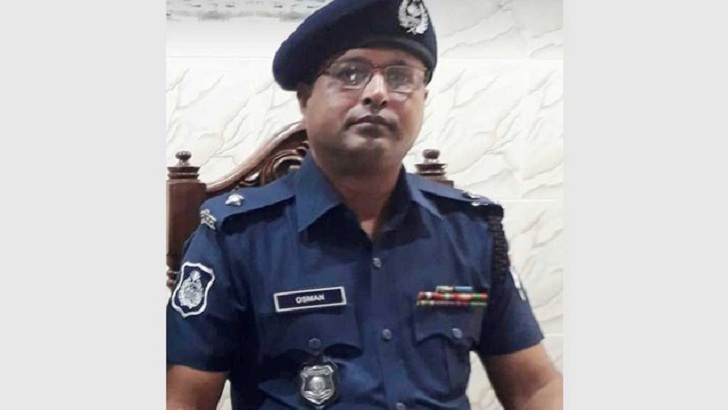 Five people, including former OK Osman Gani Patton, have been charged with rape at the Khulna Railway Station.

The victim brought the case on Friday night.
Asim Kumar Das, who is currently acting chief of the police department in Khulna, confirmed the information.

He said the 20-year-old brought the case on Friday night. Former Okman Osman Gani Pathan, JI Nazmul Hake and three other unidentified police have been charged in the case.

On August 2, the girl arrived in Khulna by train from Jessore. He was arrested by suspected GRP police officers at the Hulna railway station around 7:30 pm after leaving the train.

Later in the night, the police officer in charge of the police of the Osman Gani Patton Police Department raped and raped him.

The next day, on Saturday, he was arrested in a five-bottle Fensidil case and sent to court. After being brought before a judge in court, the girl brought the matter to the police department of the GRP before the court.
Then the judge ordered his medical examination. In addition, a three-member commission of inquiry was formed on Monday, under the direction of Police Chief of Police Mohammed Nazrul Islam.

Then on Monday the medical examination of the victim was made at Khulna Medical College Hospital.

Osman and Nazmul were evacuated from the Khulna Railway Station to Paksi Railway on Wednesday after the incident. A three-member committee was formed to investigate the incident.

Assistant Superintendent of the Kustia Railway Police Ferroz Ahmed said: "The inquiry committee questioned the girl on Thursday afternoon. After being questioned, five police officers were tried in court.

However, he did not name the other three police officers.

Police officer Firoz said the committee was directed to submit an investigation report within seven days. However, it may take longer to complete the investigation. The other two members of the committee are Inspector Sham Kamal Hosein and Ms. Baharu'l Islam.