3:14 – Nicolas Mathieu won Goncourt with a political and social fresco 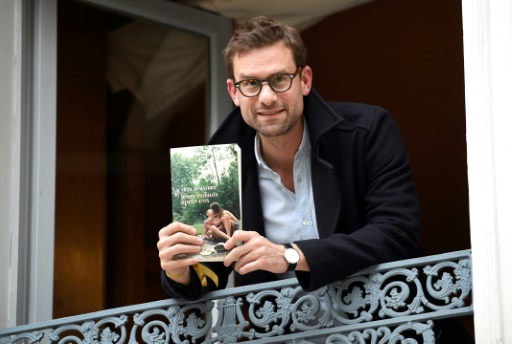 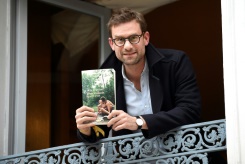 "These are new writers, young writers and most of them are writers who talk about France today," said Bernard Pivot, boss of Goncourt. Wednesday was Nicolas Mathieu who won with "their children after them", fresco political and social, as well as studying novels about adolescence.

The most coveted literary prize in the French-speaking world has been given to 40-year-old novelists in the fourth round voting by 6 votes against 4 to Paul Gréveilac for "Masters and Slaves" (Gallimard) a great story about red Chinese history.

The big loser of the literary prize lottery, David Diop, was the only novelist finalist of all the autumn awards (Femina, Medici, Goncourt and Renaudot) because of his movement "Brother of soul" (Seuil) left empty-handed.

"I spent 18 months locked in a room alone and there I suddenly looked like a rabbit in front of the car headlights," commented Nicolas Mathieu coming to receive his award (with the symbol 10 euro) in front of a swarm of microphones in the Drouant restaurant.

"This price will definitely change my life. I think of my child Oscar, age 5. In this case we go back to basics, I think of my family, my parents, the city where I was born (Epinal, editor's note), to people I talked about in the book, all of that went up again, "he said.

"Their children after them" (Actes Sud) is only Nicolas Mathieu's second book. The publisher was given an award by the Goncourt last year with Eric Vuillard for "Agenda". "We don't choose according to the publisher but the talent of the writer," hammer Bernard Pivot. 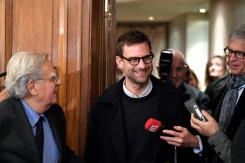 Nicolas Mathieu's novel follows a group of teenagers in Lorraine who are deserted for four summers. All of these children dream of "getting out of camp" but, regardless of their dreams, they seem destined to live a narrow life from their parents. Desire remains unfulfilled, even anger for life fades.

"I want to say to my world of origin, this is a literary and political effort, and once we talk about people, how they live, how they love each other, it is political action. There are few of me, my efforts are to restore time now, to understand how our lives will go, it goes through the details, maximum exploration in reality, the real thing is my concern, "Nicolas explained. Mathieu.

Judge Renaudot, who did not hide his desire to crown Philippe Lançon "Le flambeau" (Gallimard) and was rather unhappy that jury Femina presented him with a prize on Monday, replacing his rifle with pride. .

For a general surprise, Louis Gardel, who led the jury this year, announced that the prize was given to Valerie Manteau for "The furrow" (The Tripod), an extraordinary novel describing an Istanbul in the midst of the turmoil between the murders. in 2007, Armenian journalist Hrant Dink and hopes were disappointed at the Taksim Square rebellion.

The book, Valérie Manteau's second novel and the only book published at the beginning by Le Tripode, certainly deserves a big prize (he also appeared in the selection of the Wepler Prize) but was not among the finalist novels of Renaudot. The five writers are still on the run (David Diop, Gilles Martin-Chauffier, Philippe Lancon, Diane Mazloum and Pierre Notte) will do so even though they are just their own figurations. 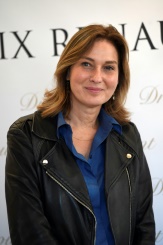 The jury gave Philippe Lançon a special gift and awarded Renaudot's essay to Olivia de Lamberterie for "With all my sympathy" (Stock), a shocking story in which journalist Elle described the suicide of her brother Alex.

© 2018 AFP. All reproductive rights and representation are protected by law. All information reproduced in this section (news, photos, logos) is protected by intellectual property rights held by AFP. Therefore, none of this information may be reproduced, modified, reposted, translated, commercially exploited or reused in any way without the written consent of the AFP.