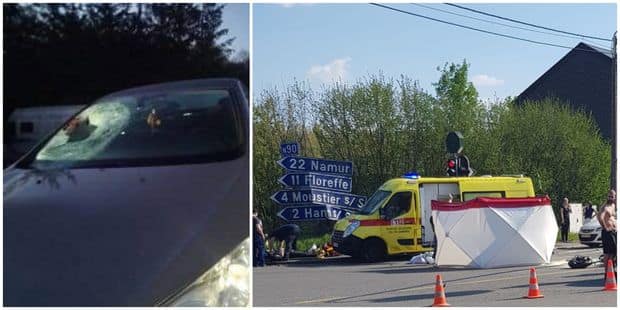 
Several accidents caused the death of a pedestrian, a motorcyclist and two drivers.

Easter weekend unfortunately was the scene of several serious incidents. The biker lost his life around 3:30 pm on Monday after a car crash in Fernelmont. He passed the car as he turned left at the junction. Then he hit him. The driver, at the age of twenty, is seriously injured, but her days are not in jeopardy.

A 33-year-old man also lost his life after being hit by a driver on Saturday night at Beaumont. The victim dies immediately. The police in the Bota area are investigating the exact circumstances of the incident.

Another fatal incident occurred during the night from Saturday to Sunday on N831, linking Tohog with Hamur. Three vehicles are included. A young man, 26, lost his life. The facts happened in a place called Hionnassart. The incident caused a serious injury, a young woman aged 27, a polytrauma and less seriously injured.

The road also fell victim to National 4 Friday in the late afternoon. This incident also involved several vehicles, at Perlé's intersection with Martelange. BMW collided with a vehicle that entered the National. She rolled over before crashing into a third vehicle. The driver of BMW, 71, residing in Plombières, died. One person was also transported to Arlon Hospital.

On Friday, the 50-year-old biker lost his life after being hit by a car in Jamepe-sur-Sambre. Her 16-year-old daughter, who was her traveler, was seriously injured. The incident happened on the N90. One driver wanted to turn left. He did not step back and hit the upcoming bike. The driver was drunk. This forty-year-old tried to escape after the shock, according to the passenger of the motorcycle.