Grez-Doiceau: Is Sybil of Coster excluded from the mayor? 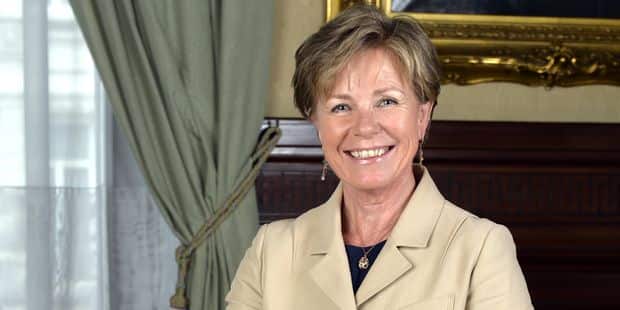 While the Green Party has signed a majority pact with the communal alliance Sybille Coster-Bauchau and Victor Pirot's team, the general assembly has just decided … don't decide anything! Obviously, the current agreement is not broken, and does not exclude Sybille Coster-Bauchau's mayor's renewal, but Ecolo still wants to go around to see what can be done, strong, in environmental matters …

Understand who will be able to, even though, in Grez-Doiceau, a public place where fighting roosters and egos too often still needs to be amazed!

Laurent Francis (Ecolo) said: "Nothing has been done, we will look for the best possible solution before starting the 6-year majority which must focus on the big changes in our society. The pact on the table has not been destroyed, we are looking for the best way to bring all the qualities needed for that. That can be through competition. "

Of course, on the side of With You and DéFi, we are carried away and we begin to dream again that the majority may be three. However, on Ecolo's side, it is still determined that "the majority would prefer to be 13 out of 12, that interesting progress has taken place, but one expects strong movement and rest, the proposal determined from the partner, before deciding …"

There is not much official reaction from communal alliances and teams. However, from credible sources, he returned to us that many concessions had been given to Green Greeks who were under pressure by some residents and by Avec Vous, since the election night. Where does it block? Details, such as the current chief of staff, functions that already exist under the Clabots era even if employees who then hold that position, do not do it officially …

Social housing too, where Ecolo wants a significant increase in supply, but also and especially ecological signs. In short, who from the Communal Alliance and the team, or with you and DéFi, will prostitute the most to make Ecolo believe the radical will that is clear in terms of the environment will win the trophy … The following days can see negotiations to multiply. And it's too bad for the credibility of the policy in the eyes of citizens.

Ecolo Grez-Doiceau, meeting in the General Assembly on November 6 and 11, considered that the draft majority agreement, which resulted from discussions with the Communal Alliance and the Team, did not offer sufficient guarantees to be able to realize important and urgent changes in people's city policies Greece, in the face of environmental challenges, social justice, citizen participation and government.

In this situation, while acknowledging that the proposals made were real, Ecolo members were considered by a strong majority, that conditions were not met to bring ecological guarantees to the majority program submitted to him.

The General Assembly expressed the desire to study other proposals by opening a search for a more ambitious consensus, which could lead to alternative majority pacts to be submitted to voting on December 3, in the newly elected City Council.

This decision did not definitively reject the draft majority of the current agreement signed between Alliance Communale, Team and ECOLO after the election night.

The General Assembly thanked its negotiators for the efforts they have made to try to build a credible majority program and to respond in a very transparent way to various arrests by citizens.

On Monday morning, November 12, Ecolo told all Grez people about the results of the General Assembly.