Hélio-Charleroi's bankruptcy: "I am 53 years old, I will never get back to work" 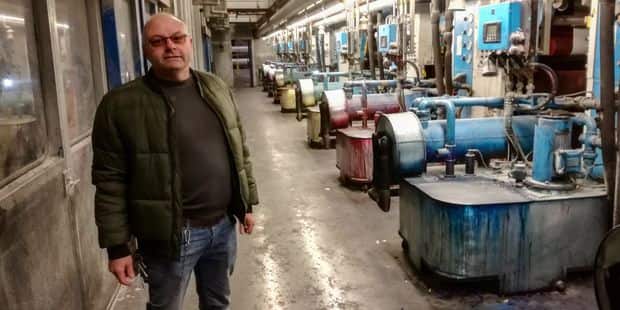 
This morning the message fell as a saber: the 190 workers at the Helio-Charleroi printing works in Flourus are at risk of falling into the straw.


The question is whoever asks the Commercial Court to recognize bankruptcy. Workers could therefore be deprived of their last salary and the help the employer usually has to give their workers during mass layoffs.

"We will block the factory at the end of the decision of the Commercial Court," said Mark Mora from CSC, at the end of the General Workshop, together with Setca. "Printers are part of a large group and the shareholder will have to open his wallet to pay at least his last salary …"

At the same time, the moral is in the socks. "We do not believe in that much," admits the unionist. "But there is still little hope for recovery, the tool is up-to-date, the equipment is up-to-date, the sector is complicated, but if people between 50 and 60 years old have to recover, that will be even greater."

In place, Didier, blocking in front of the pallets at the entrance to the factory, offered us a walk through the factory: "You know, it's been over thirty years since I started working here in 86. When I started, Doupii's publications printed Spiro numbers here, the hotel in Gosselis and the boss could not believe the money, we did it, it turned out very well, then the new Dutch shareholder bought us and completely robbed us, there were people with shares in the company that grew on our backs and we are told that we stop everything, it's scandalous.

On the turn of a corridor connecting the "small" machines (three 2.45 m presses) with the "big" (two 4.32 m presses), Didier explains that a year ago, in January 2018, he himself aid for upgrading facilities. "The director has put 3 million euros on the table to renovate one of our older machines by placing a robot. They then asked us to reduce our working hours, for example by stopping to come out on weekends. , come to the announcement this morning … while we are one of Europe's finest printing works 4.32 (rotary, NdlR), there is almost nothing in the world, it's a real jewel here in Flurus! The whole thing costs more than 100 million euros, and we want to leave everything in the plan for overnight … With all the staff trained and effective No.

Gilbert and Pascal can only agree with their colleague. "In 2011, they fired 72 people, we realized that it would be a fall to hell, in 2014 we were asked for more flexibility in our schedules, which we agreed to keep our jobs. I want to stop everything for one night and leave 190 people, not even 190 families, on straw. It's a real social drama.

In place, people are angry. And that's normal. "There are a few print shops in Belgium, and finding places elsewhere will not be possible and will make everyone, especially the oldest, a very difficult one," trade unions say.