Macro smells at the end: the six Belgian shops were in danger! 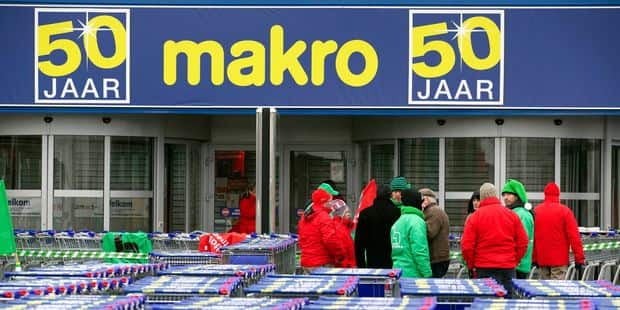 
The six stores in the group look more threatened than ever.

Despite the strategy reviewed a little over two years ago and an investment of 61 million euros, the sauce is not yet accepted in Makro. Focusing on two types of customers, individuals and professionals in the construction / renovation and garden design sector, and also focusing on Horeca, the brand has clearly failed to reverse the trend. and the turnover of the six Belgian stores continues to show worrying declines.

Time is in the balance, and unless shareholders inject money quickly, Macro's hours are definitely counted.

Yesterday, on the day of the national strike, workers were relieved to support the national movement to reconsider the wage limitation but also to protest against their own working conditions, and the massive use of temporary workers leaving nothing is not good for the future.

Union Representative Luke Bouys of the BBTC Union was worried about the situation in our colleagues' columns Gazet van Antwerpen,

"At the end of January, 82 of the 280 employees in Deurne (near Antwerp) had a temporary contract or a student status , and some people in Makro have had an existing contract for more than two years. "

The current Makro concept, despite the changes in strategy, is more than ever questioned. With less than 180 degrees of turnaround and investment effort by shareholders, it's just the survival of the brand in question.