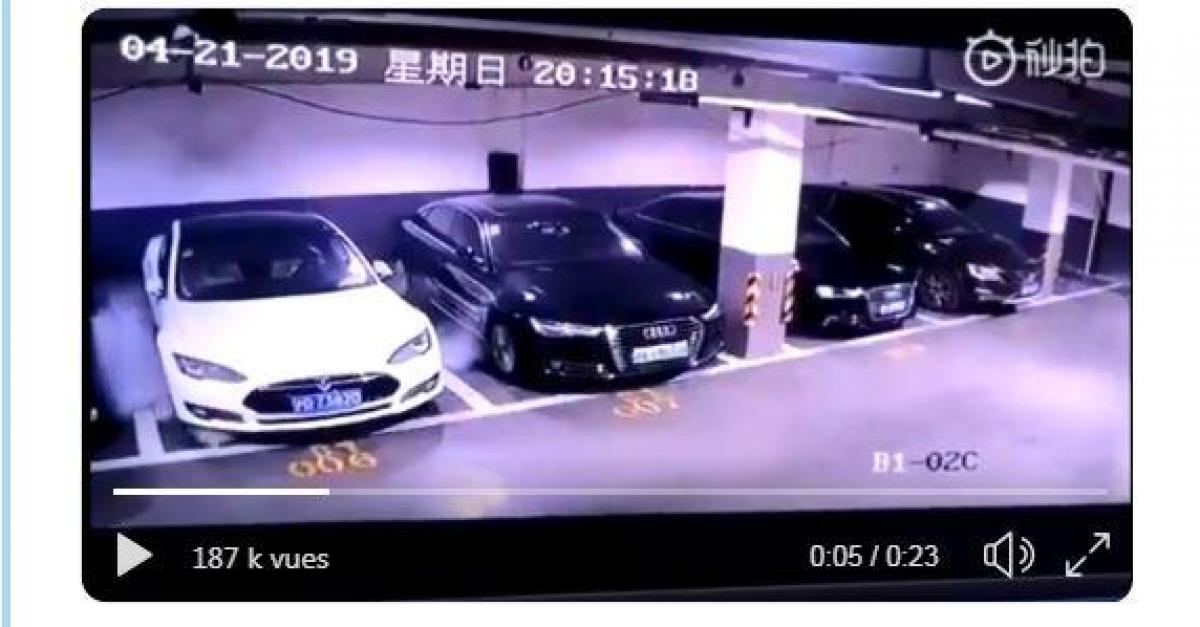 The electric car was parked in an underground car park in Shanghai.

If the electric car giant directly sent a team in place, the video showing the explosion of the car became viral.

Coming from a surveillance camera, the video was published this Sunday in the Weibo social network and has already gathered more than 22 million images. First, white smoke coming from the underside of the car (model Tesla S) can be seen before the explosion that drives the car to shoot and also damage the Audi parked next to it.

"We are actively engaged in the relevant departments and offer our cooperation to understand what has happened. According to the information gathered so far, there is no death or injury, "Tesla said in response to the incident.