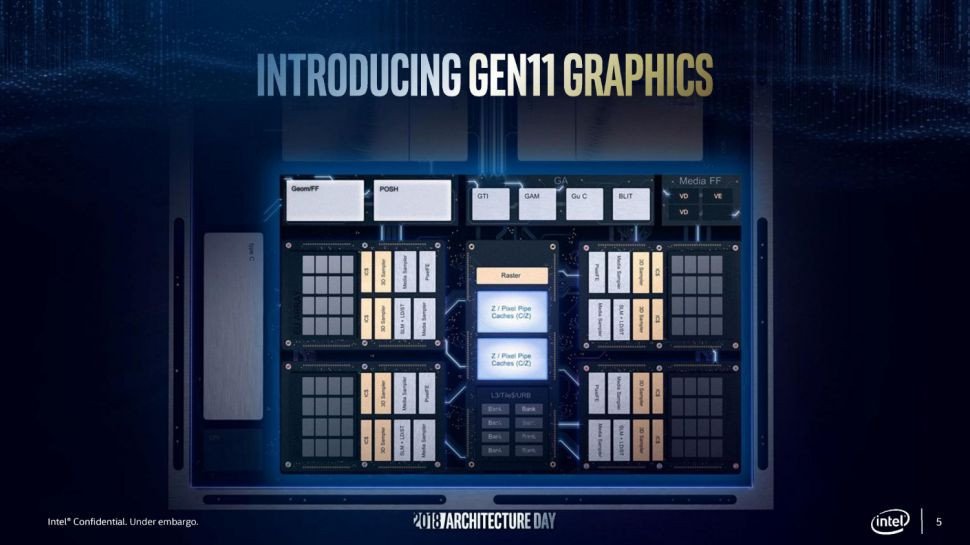 Last December Intel took advantage of the event Day of Architecture to present the outline of its Gen11, its new architecture for iGPU solutions. Today, we learn that a benchmark from the last one is forecasted over the weekend that predicts potentially significant performance for Intel's future integrated graphics processors … AMD and its Vega 10 solutions will have to behave well,

Can Intel iGPU be a good substitute for special graphics processors? According to Tom's hardware (via TechRadar) the answer may be yes, at least for some tasks … Intel's first Gen11 architecture performance tests are in that direction with very good results. flattering for the blues. In the iGPU sector, AMD's competition will be greatly overcome.

IGPUs, which can be (maybe) played for real

Spotted by a user of the Reddit American forum, this Gen11 benchmark indicates a sharperly higher performance GFXBench and CompuBench, The 15-bit iGPUs, such as AMD's Ryzen 7 2700U and Ryzen 5 2400G, are overtaken by a big advantage, and the Intel Core i5-8250U we learn.

On these first tests Iris Plus Graphics 940 by Intel is indeed 62.97% faster than GFXBench 5.0 than the Vega 10 integrated iGPU from the red Ryzen 7 2700U. The results are potentially abridged by the Manhattan test for this benchmark (due to sometimes abnormally high scores). Once removed from the equation, the Intel Iris Plus 940 is 44.81 percent faster than the AMD chip that remains promising.

Up to 2 TFlops of computing power

In addition, the chip in question could develop a computational computing power of 1 TFlop in 32-bit and 2 TFlops in 16-bit, with no external GPU in the count. A small feat that, if it had to be confirmed, would remove graphic cards for certain activities such as photo processing, video editing light, or even games of some competing titles with a moderate amount of resources (Overwatch, Fortnite …)

Of course, it will be necessary to wait for Intel's official announcements as well as the first natural size tests to confirm or cancel these claims of least interest.