When Megan Markel, happy like everything, goes behind the stove for a good cause 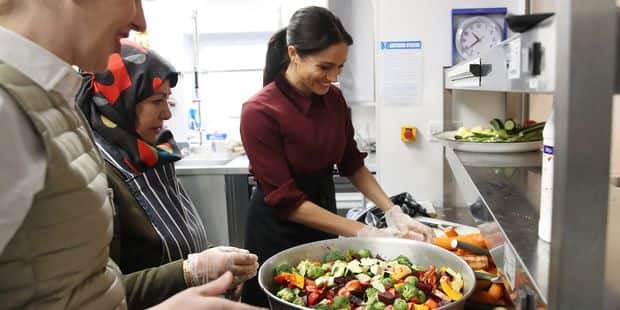 This is not the first time the duchess puts his hand in the dough. On November 21, Megan Markel again joined the victims of the London Tower, Grenfield, with which she launched Together: our Community Culinary Book, a cookbook, last September.

Love on the plate

The ex-actress put on her apron in Kensington and the Hub in the kitchen. In several photos released from the Royal Palace, she mixes sauces and mixes vegetables. 300 meals were prepared with volunteers. Megan, whose "little boom" is getting less "little", is obviously very happy to give him a hand.