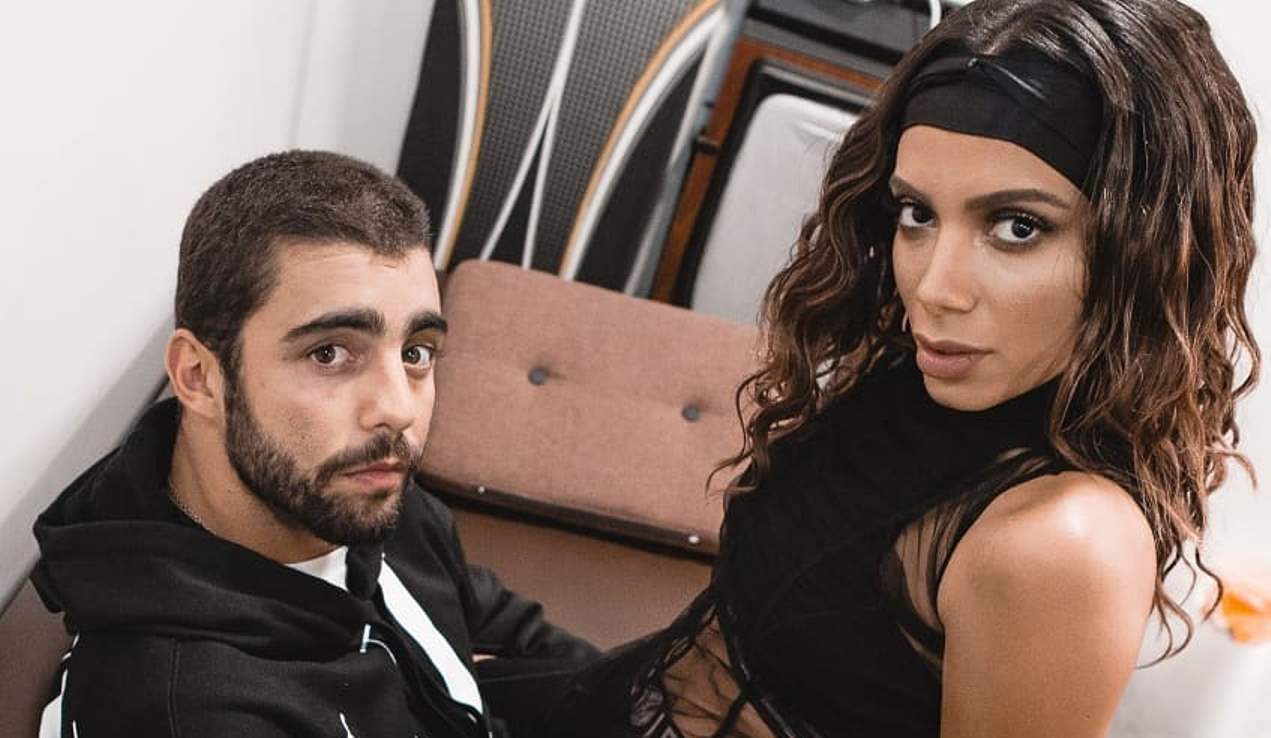 Pedro Scooby turned 31 this Saturday, August 10, and received a beautiful and extensive tribute from his girlfriend Anita on social networks. Actress Luana Piowani blew up the surfer after a thoughtful reflection on the singer's text to him. 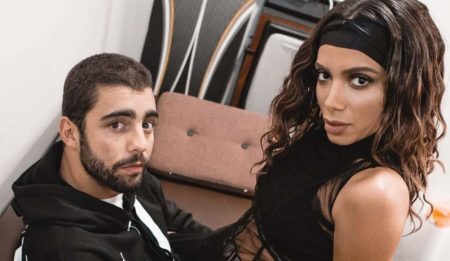 Credit: Play / InstagramAnita pays tribute to Pedro Scooby and Luana Piowani agrees with Netizen, who says she is ashamed

On Instagram, Anita describes the surfer in different ways, believing that this will be the best version for him. The singer said, among other things, that Scooby "is not interested in anything", "is a good vivian", "likes to give presents without checking his bank account" and "can be a millionaire but spend everything".

Peter has a birthday today. Peter is the most positive person in the world. Pedro is a crazy beauty. Pedro is beautiful. Peter is intense. Peter makes all his friends and family fall in love with him more than you. Peter is never nervous. Peter finds the good side even in the biggest catastrophe he witnesses. Pedro is not interested in anything. Pedro allows me to involve people in the game. Peter is an amazing father and idolized by his children. Pedro may be a super millionaire, but he spends everything on things that will make the group have fun and not even think about changing. Pedro is a bon vivant. Peter comes with a saggy object in his combo that requires a lot of patience and wisdom, of course, no one comes with the good part alone. Peter answers the video call sitting on the toilet. Pedro is good in bed. Pedro praised me and congratulated me at least 15 times a day, now I asked to reduce because it annoys a little. Peter is an amazing man, single or devoted, with or without me, mine or not mine. Pedro is one of the best surfers in the world. Peter is free. Peter, when he has lost his mind, it is better to run and wait in the corner of thought, 1 hour for every year old Nani style. Peter eats everything found in the bin and says it was the best he has ever had in his life. Peter treats me like a queen every day, like the first day, just like in the movies. Peter accepts my nonsense. Pedro likes to give presents without checking his bank account, if he lets him go, he laughs and says he is already working and doing it again. Peter offers so much help that it's annoying. Peter believes that everyone has a pure heart like his own. Pedro has so many people who love him that if he had to prepare a surprise party, he would have to rent the Maracana. Pedro is fucking cool. Congratulations

Faced with a text posted by funkeira, one netizen commented that he would be ashamed to be with Pedro Scooby, since, in short, according to Anita's text, he would be "inappropriate and without financial planning".

"Summarizing her text:" Pedro is inappropriate and has no financial plan. " Does he know that he has THREE CHILDREN or will he live this life as a big boy, leaning on him – selling lunch to buy dinner – giving him an expensive gift without power, paying everyone to have happy moments without power forever? What a crazy person … he's no longer a big boy. Shameless thirty-something. I will be ashamed, Luana! ", Wrote the follower on Luana's Instagram.

In response, the actress agreed. “But I do, Fia. But this is no longer my concern. " 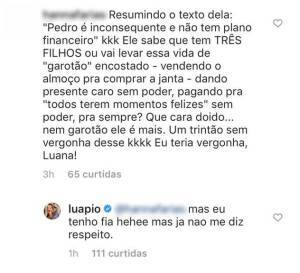