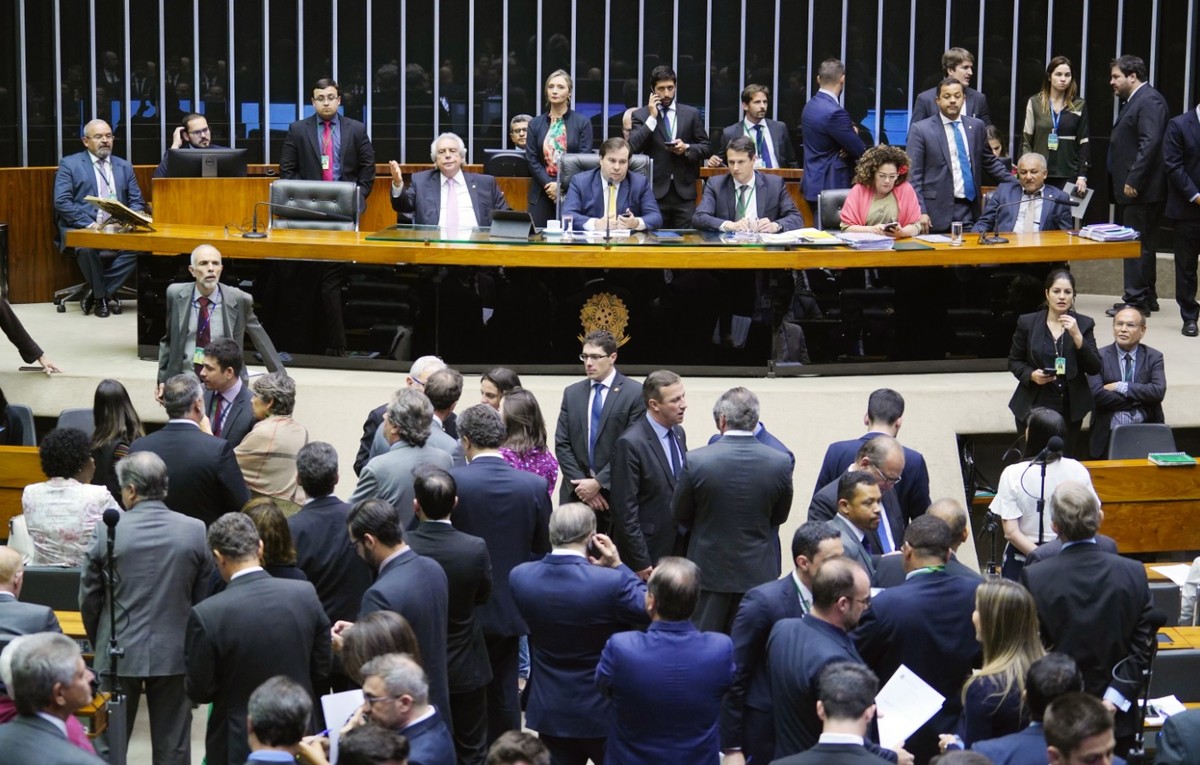 With approval, MEPs must now review the highlights to complete the vote. The session is scheduled for Wednesday (14). It then depends on the Senate to discuss the MP.

Among other things, the proposal sets rules for Sunday work; notes that the work card will be issued "preferably" electronically; and sets out the criteria for accepting the protocol from the employee.

>> Read more below details of the proposal approved by the Chamber

The main text amends the Civil Code, the Consolidation of Labor Laws (CLT) and the law implementing the Brazilian legislation. Changes the rules of civil, administrative, corporate and labor law, among others.

The proposal includes measures that have an impact on private economic activities, and the government believes the goal is to reduce red tape and provide more legal certainty.

The provisional measure has been in effect since its publication in the Official Journal, but must be approved by Congress by August 27 in order not to expire.

House prepares to vote on bureaucracy in the economy

What the provisional measure envisages

Find out by point what PM offers:

The proposal creates the figure of "regulatory abuse", an offense committed by the public administration when it edits a rule that "affects or may affect the operation of an economic activity." The text identifies situations that can be classified as "regulatory abuse" and defines which administrative rules or acts will be invalid:

The rapporteur negotiated the new text version within hours before the vote. Geronimo Görgen has already announced in recent days the withdrawal of the new rules for the operation of pharmacies and the establishment of a Commission for the prevention of internal accidents in companies. He announced more deletions today:

Civil Law in Employment Contract – The proposal changes the consolidation of labor laws to allow employment contracts with remuneration above 30 minimum wages to be governed by civil law, with the exception of constitutional labor guarantees.

Transport: amnesty and single document – the Member of Parliament has created the Electronic Transport Document, which must be issued when goods are transported on national territory by any means. DT-e will be the only transport contract. It also provides for an amnesty for compensation payable by freight carriers for non-compliance with the first shipping table set by the National Land Transport Agency in 2018.